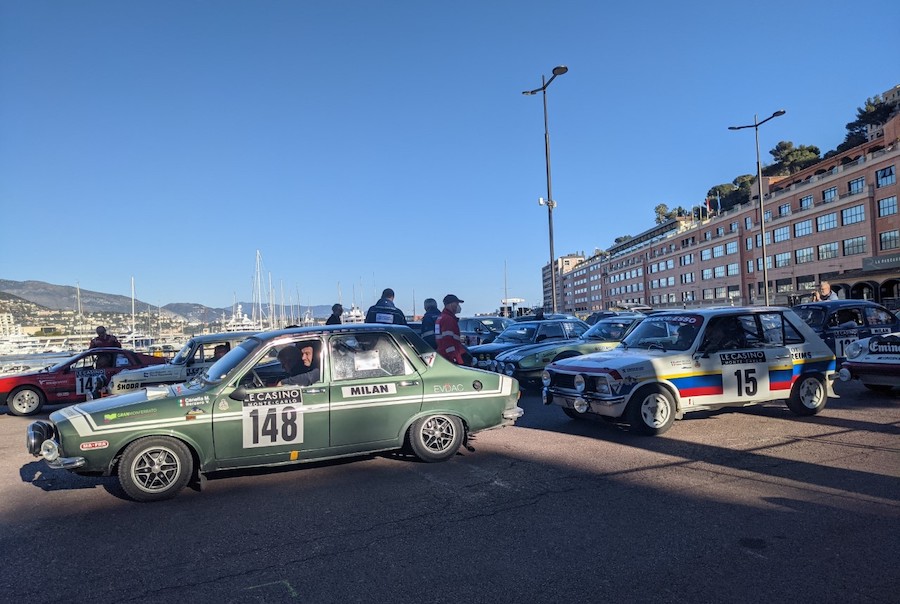 The Historic rally is a nostalgic treat for motorsport fans, who get to see classic Porsches, Renaults, Volkswagens, Mini Coopers and more race across some breathtaking landscapes. It is also a truly pan-European event. Not only does it attract drivers from all over the continent, it also begins at a variety of different start points.

Thursday night saw departures from Bad Homburg in Germany, Milan in Italy, and Reims in France. The three diffuse locations share one commonality, the end destination – Monaco. The unique format, Christian Tornatone, General Commissioner of the Automobile Club of Monaco, says, must be kept. “I think everyone likes it, and we have to stay with this traditional, historic format.” Although 256 competitors would begin the rally, not all would end it, and some wouldn’t even make it to the competitive stages, which would begin upon arrival in the Principality.

The competitors gradually arrived on Friday, having completed their respective long-distance journeys, passing through check-points on the way. The competitive racing, however, began on Saturday, with 17 picturesque but challenging stages to complete.

Making their way up to Valence, the competitors would race in some treacherous conditions through the beautiful Ardeche region. The cars, although accustomed to battling through the elements, found it difficult on Monday’s stage. Passing through the Col de L’Echarasson was made almost impossible by the heavy snowfall, forcing drivers to circle back on themselves as the stage was ultimately cancelled.

The competitive racing continued on Tuesday, the Cornet De Ways Ruart brothers successfully constructing a lead. The Belgian duo completed the final stage, arriving at Port Hercules in Monte-Carlo early Wednesday morning, where they were greeted with a bottle of champagne, an apt reward for their exploits over the course of the event.

Having secured the victory, Philippe expressed his delight at the accomplishment, saying, “It was a great honour and a fantastic event. We were very lucky, and at times it was intense.”

Motosport lovers, having missed out on experiencing the event last year due to the pandemic, were this year treated to a truly nostalgic, competitive exhibition of classic car racing, that is sure to live long in the memory of all those that experienced it.