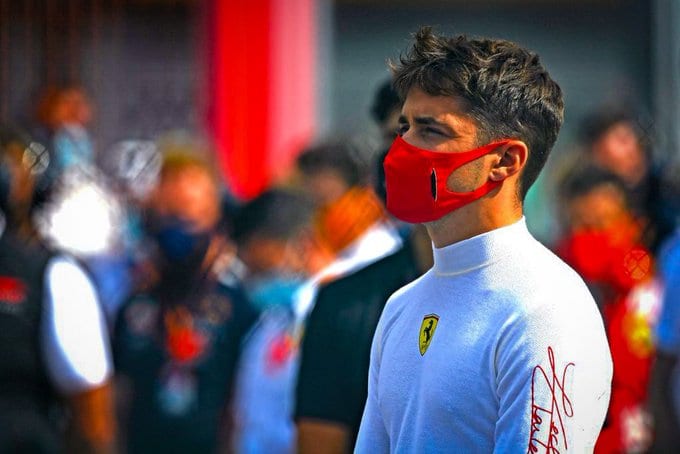 Ferrari’s dismal showing at the Belgian Grand Prix on Sunday left Charles Leclerc, last year’s winner, with a disappointing 14th place finish and word from his bosses that he shouldn’t expect better until 2022.
The Belgian Grand Prix was a bit like Groundhog Day with the top spots going to the unstoppable trio of Lewis Hamilton, Valtteri Bottas and Max Verstappen.
For Team Ferrari, the day was grim with Sebastian Vettel coming in 13th followed by Charles Leclerc in 14thplace, the worst showing the team has seen since 2010. Vettel is winding up his time with the Italian carmaker, so was not hugely upset, but still has hopes that the poor showing at the weekend was due to a “race-specific issue” that will not be repeated at Monza.
This comes after Ferrari’s chairman, John Elkann, announced that he is basically writing off his team for the next couple of years, saying they are entering a new cycle and are waiting to focus on wins once Formula 1 regulations change in 2022.
This leaves Charles Leclerc in a strange position for the foreseeable future, though it will give him time to become more seasoned and focused himself, as well as get acquainted with incoming teammate Carlos Sainz next season.
Even still, the young driver is looking to the future, saying on his Twitter account, “Fun 1st lap, not fun after that. Next stop: Monza.”
The dismal performances of late are being partly blamed on changes to Ferrari’s engines, after suspicions they were circumventing fuel flow regulations. The Italian carmakers denied illegal activity and reached a settlement with the FIA, Formula 1’s governing board, earlier this year.
In the meantime, Leclerc will simply have to do his best to get the most out of his car and see if he can claw back some points and make the magic happen again.