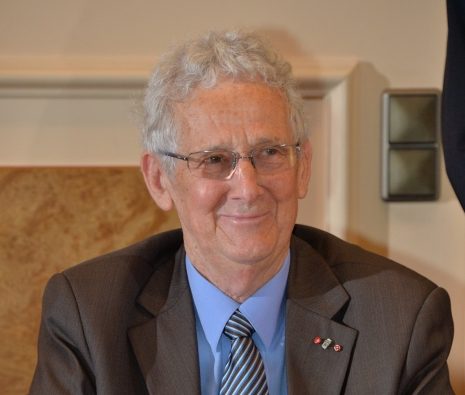 Communal Councilman Henri Doria, who served seven terms spanning 28 years, has died at the age of 83.

Elected in 1991, Henri Doria was known as a man of many passions. He loved the arts, music in particular, and was fervently active in upholding the traditions and heritage of the Principality. The love of his country was what made him turn to public service and in that role, he served for nearly three decades non-stop.

In his capacity as Communal Councilman, he was given the reins as person in charge of Cultural Affairs, Festivities and Animation, the Rainier III Academy, the Department of Civil Status and Nationality and Heritage and Traditions. Additionally, from 2007 to 2011, he became Deputy Mayor under Mayor Georges Marsan.

From 1995 to 2011, he was entrusted as the delegate for the Rainier III Academy. During his time, and since, the academy has blossomed, recruiting new teachers, strengthening its early music department, and developing the teaching of writing electroacoustic music. Under his leadership, the school also relaunched the popular violin making workshop, created back in 1977 by Prince Rainier III, offering early professional training in the craft of bowed instrument making as well as opening a drama class aimed at those looking to get into theatre.

In 2011, he was put in charge of the Department of Civil Status and Nationality. This gave him a chance to preside over marriages, allowing him to personalise each union, which he did with gusto.

He will long be remembered for arriving on a bicycle the year of the Tour de France start in Monaco and for his singing talents during the bicentenary celebrations of the Prince’s Carabiniers.

Mayor Georges Marsan will make a tribute to the life of Henri Doria at the next Communal Council meeting on 17th August, a fitting gesture for a man who dedicated so much to his country.