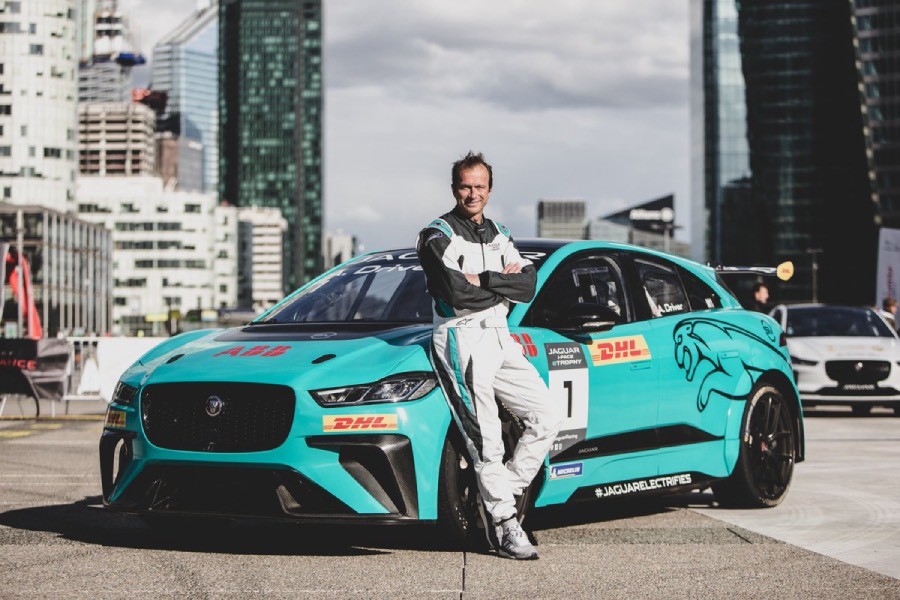 The Jaguar I-PACE eTROPHY series heads to Monaco for round seven on 11th May 2019 and Anthony Beltoise, the son of 1972 Formula 1 Monaco Grand Prix winner Jean-Pierre, will be the Jaguar Racing VIP driver.

Rahal Letterman Lanigan Racing driver Bryan Sellers currently leads the championship following his second victory in a rain-affected race in Paris. The top four are separated by just 20 points, the equivalent of a race victory in eTROPHY.

47-year-old French racer Anthony Beltoise will join the grid in Monaco as the Jaguar Racing VIP driver. He will be aiming to replicate the success of his father, Jean-Pierre Beltoise, who won the Monaco Grand Prix 47 years ago in 1972. The Jaguar I-PACE eTROPHY is a first for the experienced Frenchman, having never raced in an electric car before.

Beltoise’s first step into motorsport was in the Championnat de France Formula Renault 2.0 in 1993, before going on to win the French GT and Porsche Carrera Cup France Championships over 10 years later. He also competed at Le Mans on three occasions with a class podium in 2000.

Anthony has most notably competed at the Le Mans 24 Hours three times and took a class podium in 2000, driving for Viper Team ORECA alongside David Donohue and Ni Amorim, and in recent years has competed in GT racing.

His father Jean-Pierre drove in F1 between 1967-74 for Matra and BRM and won his only F1 championship race at Monaco.

“It will be a special occasion for my family to follow in the tyre tracks of my father who won the Monaco GP in 1972,” said Anthony. “The level of competition in eTROPHY is really high but I will definitely have my eyes on the podium.”