Ben Yedder and Minamino open their accounts in Monaco win

Ben Yedder and Minamino open their accounts in Monaco win 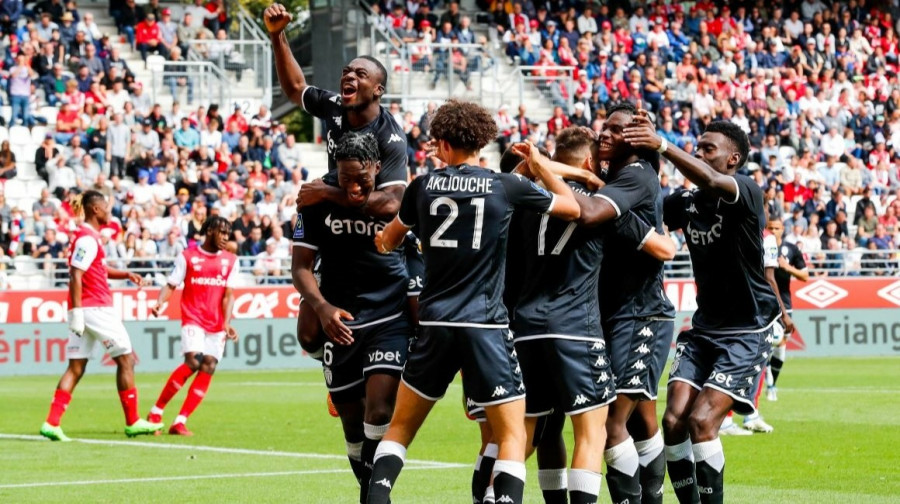 AS Monaco secured a third consecutive Ligue 1 victory against 10-man Reims on Sunday to move them up to fifth in the table before the upcoming international break.

The win sees Philippe Clement’s side soar up the table to fifth. Just three gameweeks ago, Monaco languished in 16th after a combination of questionable refereeing decisions and a difficult schedule saw them struggle for form.

However, their return to form has been confirmed in consecutive Ligue 1 victories again Nice, Lyon and Reims, who are somewhat of a bogey team for Monaco. The Principality side have only beaten them twice in nine attempts since they rejoined the top flight in 2018.

The fixture, the last before the international break, which will pause domestic football for a weekend, also saw a return to form for some key players. Wissam Ben Yedder, who was only outscored by Kylian Mbappé last season, and Takumi Minamino both picked up their first league goals of the season. For the latter, it was his first goal in the red and white of Monaco and will undoubtedly boost his confidence after a difficult start at the club.

However, the 3-0 scoreline doesn’t give a full reflection on the difficulty of the match. For large periods, Monaco struggled to break down Reims, who played the majority of the game with 10-men.

Yehvann Diouf saved well from Breel Embolo, before recovering and producing a spectacular stop to deny Ben Yedder on the rebound. Not long after, the game was turned on its head when Bradley Locko was shown a straight red when he caught Embolo on the follow-through. It was a harsh decision, but given Monaco’s poor luck with refereeing decisions at the beginning of the season, they won’t be complaining.

Monaco breached the Reims’ low-block just after the break. Aleksandr Golovin, who is showing his best form in Monaco colours, backed up his recent performances with a goal, heading in a brilliant Axel Disasi cross-field ball.

Diouf then kept Reims in the game with stunning saves from Mohamed Camara and then again from Ben Yedder. However, Reims couldn’t find an equaliser and a late double from Minamino and Ben Yedder added a sheen to the victory that takes them into the European places and back within striking distance of their rivals for the European places.

Monaco have played more matches than any of their rivals at the beginning of this congested season, and Clement is happy to finish this “sprint within a marathon” on a high.

“It is a good victory for us to finish a long run of matches every three days. I remind you that we are the French team that has played the most matches since the start of the season,” said Clement.

On the performances of Ben Yedder and Minamino, who have the ability to be decisive players for Monaco, Clement said, “I am happy because Wissam is very engaged, and is rewarded by scoring a beautiful goal. I am also happy for Taki’ who came on and finished with a goal and an assist. He was quicker, more agile, and fresher today.”

Monaco now have a well-earned break, although the standout performances of many in the squad have seen them called up to their respective international squads. Youusouf Fofana and Benoît Badiashile will join up with the France squad at Clairefontaine for the first time. Those who remain in La Turbie have a slightly reduced schedule but will face Genoa in a behind-closed-doors friendly on Thursday.

Monaco fans will have to wait until 2nd October for the return of competitive action as the Principality side host FC Nantes at the Stade Louis II. 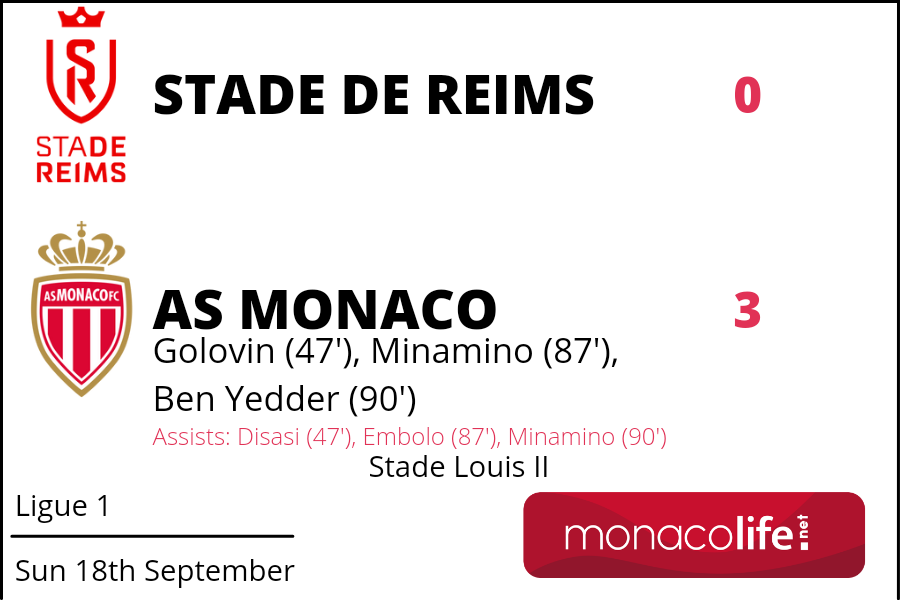