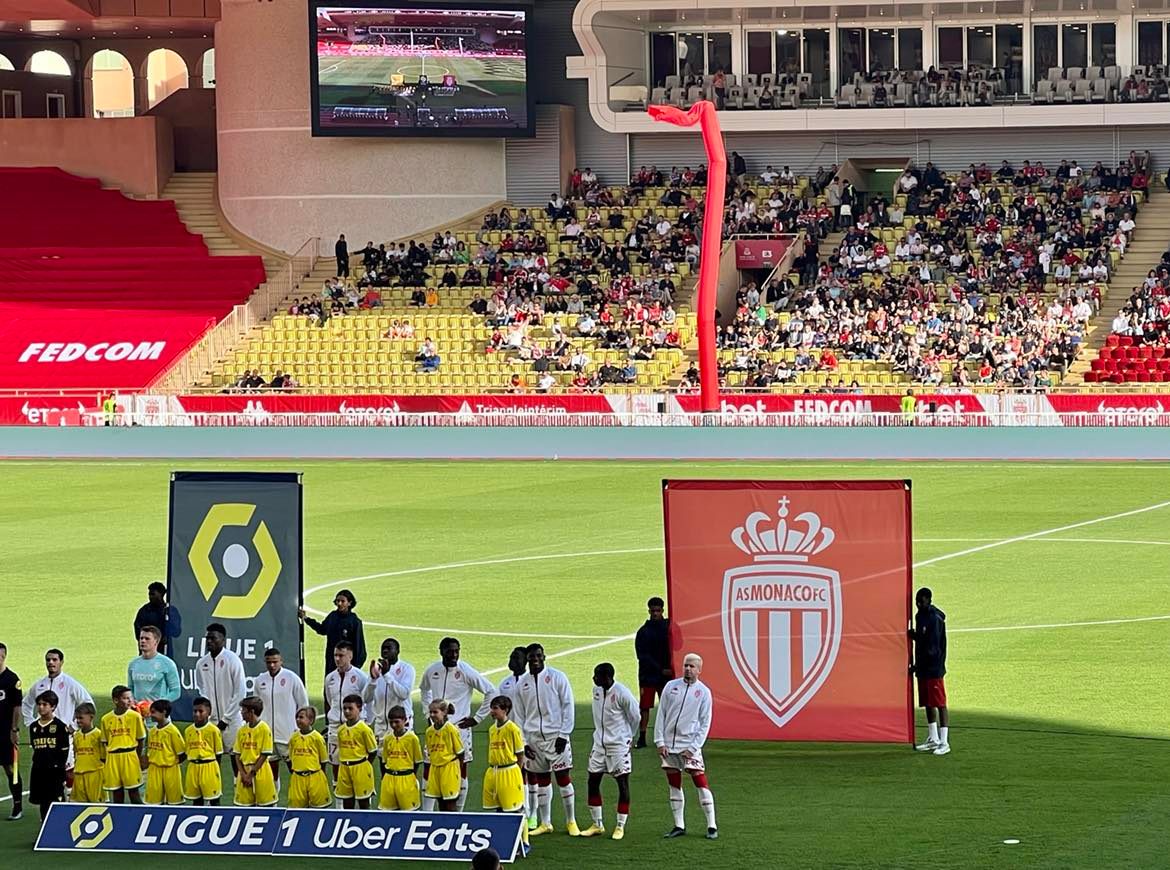 AS Monaco were quick out of the traps against Nantes on Sunday, as they strode to a comfortable (4-0) victory with Wissam Ben Yedder inflicting most of the damage with a clinical hat-trick.

Philippe Clement’s men picked up where they left off. Prior to the international break, Monaco had recovered from their disappointing start to the season to register three consecutive Ligue 1 victories. The loss against Ferencváros was the only blot on their copybook in recent weeks, and whilst there is still room for improvement in the Europa League, the club are now more regularly producing the level of football required to challenge for the Champions League places.

Four consecutive Ligue 1 victories lift them to fifth, and just five points behind Ligue 1’s surprise package – Lorient. Having already played six of last season’s top eight, there is a chance for Monaco to keep their run going against supposedly inferior sides. The club face Montpellier, Clermont Foot, Lille, Angers, Toulouse, and Marseille before the World Cup in mid-November.

Nantes manager Antoine Kombouaré succinctly summed up the game: “The game lasted seven minutes.” The game was truly over as a contest very early, the result was never in doubt. Monaco started quickly and were already easily breaking through the lines in the opening seconds.

Breel Embolo continued his solid start in red and white, heading home a rebound from a Wissam Ben Yedder shot in the opening moments. It was the same combination that allowed Monaco to double their lead just five minute later. The two linked up, this time it was Ben Yedder who was on the end of the move to lift the ball over Alban Lafont.

The game was effectively over as a contest, but Monaco kept pushing. Ben Yedder was once again on the end of a slick move to double his account. Kombouaré tried to change things, making a statement substitution in just the 30th minute, but to no avail.

His side showed very little fight, and Monaco’s defence looked rarely threatened. The game lulled in the second half with no jeopardy left in the encounter, but Monaco would still find a fourth. Kevin Volland, on at half-time for Embolo, who Clement said had a “little reaction”, was felled by Andrei Girotto in the box, and Ben Yedder stepped up to complete his hat-trick.

Nantes got a late consolation when Caio Henrique was caught dozing at the back post and deflected past Alexander Nübel off his thigh. The momentary lapse in confidence was predictably inconsequential. Clement’s men’s charge up the table continues.

“It was almost a perfect match! When it was 4-0 it was perfect, but then we conceded and I wasn’t happy with that,” he said. Having switched his side in recent games from a 3-4-3 to a 4-4-2, Clement addressed the change in system, saying, “There isn’t a preferred system. I am pragmatic. I look at my players’ qualities and choose the system that best serves those qualities.”

On the withdrawal of Embolo at half-time, Clement said, “Breel had a little reaction, it wasn’t much. He also had a very busy international break, so I didn’t want to take risks, especially knowing that Kevin is ready.”

Man of the match – Ben Yedder

Having been left out of Didier Deschamps’ most recent squad, Ben Yedder has hit back in spectacular fashion. After scoring his first Ligue 1 goal of the season against Reims just before the international break, he added three more to his tally on Sunday. He is back to his clinical best, whilst his link-up with Embolo gives further reason for optimism. The pick of his goals was undoubtedly his first, where after exchanging with Embolo, he dinked a lob over Lafont and into the bottom corner. If he continues his current form, he will give Deschamps a selection headache with the World Cup fast approaching. 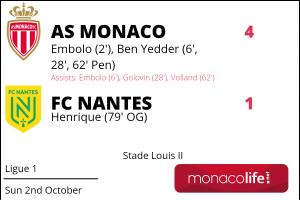