Big win for Red and Whites

Big win for Red and Whites 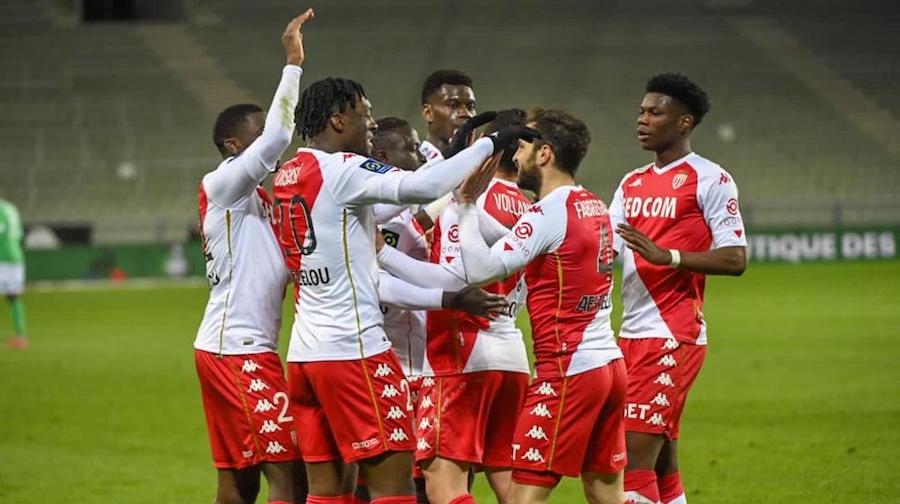 AS Monaco had a huge 4 to 0 win over Saint-Etienne Friday night at Stade Geoffroy Guichard, putting them only one point behind Lyon in the standings, well within touching distance of the top three.
Coach Niko Kovac returned to a solid 4-4-2 line up with Aleksandr Golovin, Sofiane Diop, Kevin Volland and Stevan Jovetić all amongst the starters. Saint-Etienne was a bit behind the eight ball with three key players, Jessy Moulin, Adil Aouchiche and Arnaud Nordin, all out with injuries.
In the first quarter hour, it looked a bit like the Jovetić show, with the Montenegrin having three attempts on goal. The first two were unsuccessful, but he was third time lucky and after a pass from Aurélien Tchouameni, he landed the ball in the bottom corner to open up scoring at 13 minutes in.
The rest of the first half was rather uneventful so the score remained stable as the men headed back into the locker room.
After the break, the Red and Whites came out energised. At the 55 minute mark, Tchouameni put a powerful one between the posts, bringing the score up to 2 to 0 for Monaco.
Ten minutes later, it was Diop who broke through and landed another glorious shot in the net and then yet another ten minutes later, Krépin Diatta scored the fourth and final goal after his very first touch of the ball that game.
The game ended in an exhilarating four to nil win for Monaco, giving them 18 wins on the season so far and putting them firmly in fourth place in Ligue 1.
“It was a very good performance indeed,” said Coach Kovac. “The result speaks for itself. We had an excellent second half. We were focused throughout the game and played with high pressure.”
The international break will mean no games until Saturday 3rd April, when the Red and Whites face off against Metz at home at Stade Louis II.