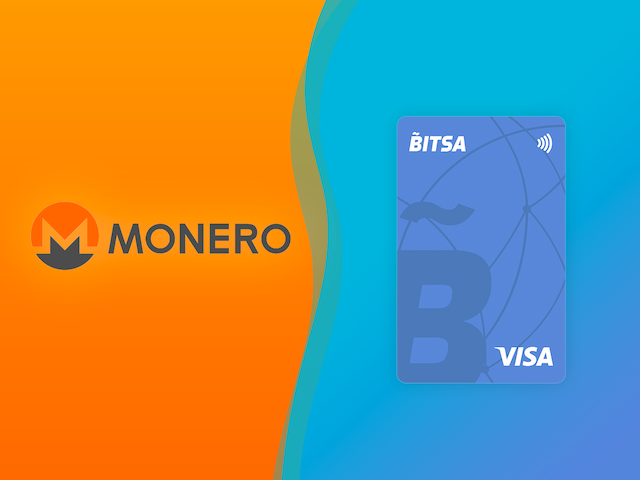 Monero allows the Bitsa Card to make several different types of XMR card-based transactions in both brick and mortar establishments and online. Additionally, it offers card to card transfers and Monero conversions to euro automatically.

The Bitsa Card, which is one of the world’s first to be used in conjunction with Monero, was launched at the end of 2019 and can handle 12 different cryptocurrencies, such as Bitcoin (BTC).

Monero is interesting for many potential users as its transactions are untraceable, making it extremely privacy-oriented. This focus on privacy is what sets it apart from the other cryptocurrency transactions. These are verifiable and traceable by anyone, as they include both sender and receiver information. Monero does not have such trackability, nor are the amounts sent disclosed.

The Monaco-based Bitsa company offers both the card and fully electronic accounts, giving users the option to transfers money and pay for goods and services in the Single Euro Payments Area. Since inception, about 30,000 people have signed onto Bitsa, though the company predicts the number will jump steeply to 150,000 this year.

At present, there are no specific regulations or licenses for prepaid electronic accounts, though Bitsa has said they operate well within the EU Anti-Money Laundering Directive as well as general European Union law.