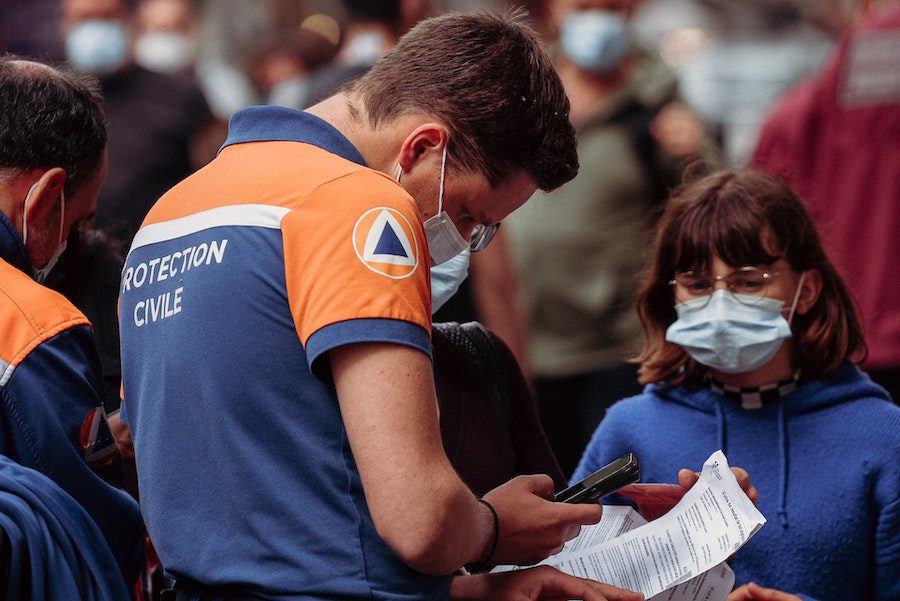 People are forking over hundreds of euros for fake health passes from online black marketeers who are offering passes via email in as little as eight hours.
A flourishing black market for health passes has sprung up in France since the government said that they would be required for entry to restaurants, cafes, public transport and several other public venues.
The decision caused a swirl of controversy and spurred five straight weekends of protests.
Now, with the black-market passes, those who are unwilling to be vaccinated are seeing another way to have their cake and eat it, too. The market for the counterfeit passes has turned up on Snapchat and other social media sites advertising the fake passes. Accounts only last for a few days, in order to keep one step ahead of the authorities, but pop up under different account names constantly
The ads purport, “Your health pass by email in eight to 10 hours maximum”, “Vaccination is optional thanks to our service” or “Say no to the vaccine and get a health pass without getting vaccinated.”
One 28-year-old event planner told AFP he received his pass for €350, despite being able to get the real thing for free. He says he is not part of the anti-vax brigade, but he simply doesn’t think young people need it.
“If Covid-19 still exists when I’m 50 or 60, then yes, I’ll get vaccinated,” he said, speaking on condition of anonymity.
Counterfeiters collect real information from clients, including their valid French health care system numbers, then pass them on to obliging doctor friends who input them into the system or they hack into the system and change information to make it look as if the client had been jabbed.
Prices for the service are ranging from €145 to €350 and payments are made on untraceable French mobile apps or by using pre-paid cards or vouchers.
The national health system has made complaints to the police and offered tips about people exhibiting suspicious behaviour. If caught, the fraudsters face up to five years behind bars and a fine up to €150,000. End users face prison sentences up to three years. Several people have already been charged, including a woman who worked at a vaccination centre selling passes and is now serving a year’s home detention.


Photo by Mat Napo on Unsplash