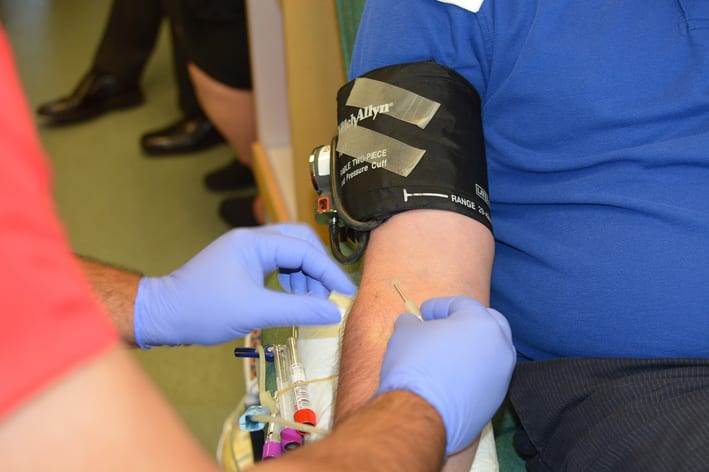 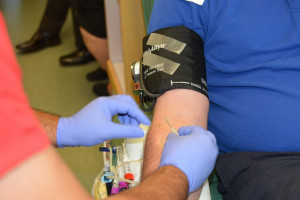 Volunteers are asked not just to give blood, but mark the day as an important event and tell family, friends, and colleagues.

More than 5,000 blood donations are needed each year for the transfusions at Monaco’s health facilities. Volunteers today and throughout the year will enable the Principality to be self-sufficient in terms of blood supplies.

Stop by the A Casa i Soci at the Maison des Associations (2, bis Promenade Honoré II ), just around the corner from Starbucks in La Condamine, until 5 pm.

Monaco Foodie: Song for your Supper 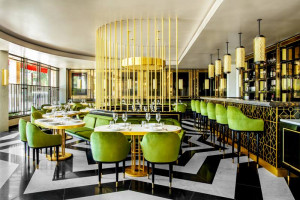 Photo: Facebook Song Qi Monaco[/caption] The time of year has come for lounging upon a beach recliner with a book. My current read is about quantum physics. I’ve just finished a chapter on wave-particle duality: the theory that light can behave as both a wave and a particle. In other words, light can be both at the same time*. Being two things at once brings me to Song Qi, the brainchild of serial restaurant entrepreneur Alan Yau. On the one hand, Song Qi is Log in to your Premium Account (at the top of the page) to read full article.  [ihc-hide-content ihc_mb_type="show" ihc_mb_who="reg" ihc_mb_template="" ] the perfect restaurant. Everything works seamlessly, from the smiling waiting staff to the stylish interior decor. The dining room resonates understated affluence with its chartreuse velour seating, marble tables and central crescent of golden poles. Even the black-lacquered ladies’ room feels luxurious. My partner and I went recently for lunch and ordered two €29 lunchtime set menus: a dim-sum menu and an all-in-one menu with a salad, a dim sum and a cooked meat or fish. Everything was served up at the same time and we were presented with a mouth-watering feast. Highlights included a so-tender-that-it-melts-in-my-mouth beef dish and a kale salad with pine nuts, and goji berries that made me feel like a superfood goddess with just one bite. The food was washed down with a glass of red wine that’s included in the menu price. We finished our meal with a sorbet followed by a white jasmine tea served up with chocolates. I always judge a place by its chocolates so the fact that they were darkly sumptuous was a good sign. I left feeling elated. It had been an exceptional meal for a reasonable price. On the other hand, Song Qi is a disappointment. Our second visit was over dinner. Our green velour seats made us queasy as we browsed the dinner menu with prices rising to €98, with the wine list prices breaking into five figures. Over Kobe beef shumai and Chilean sea bass dumplings, we watched a couple at the next table make out in full view of other diners (suddenly the gold poles reminded us of a pole-dancing club). We collected our flagging spirits over crispy Peking duck pancakes and a glass or two of Chambolle-Musigny red wine, followed by a melting molten-chocolate dessert. While my head confirmed Song Qi as one of my favourite addresses in Monaco, my heart still left feeling deflated and a couple of hundred euros poorer. Back home, I reflected upon my dining oxymoron. I first met Alan Yau two decades ago through a family friend. He had just set up his third Wagamama branch in London, where his reasonably priced dining concept had taken the city by storm. The concept was simple: fine fusion cuisine combined with laid-back communal dining for fast-food prices. Finally Londoners could eat like an emperor outside China Town for under £10. Working on tight profit margins, Yau made money through the crowds of diners that queued around the street to get into his restaurants. I tried out his Bloomsbury branch and have been a loyal fan every since. It dawns upon me that the problem is not the legendary Yau. I could quote Alain Ducasse where main courses range up to €160 or Joël Robuchon with royal spiny lobster for €162. The problem lies with nighttime dining in Monaco. Internationally renowned chefs such as Ducasse, Robuchon and Yau are famed for the quality of their ingredients and the meticulousness of their preparation. The profit margins on their lunch menus must be slim so they rely on the heavy dinner pricing to make a decent profit. And these are just the top names. With some notable exceptions, nighttime dining in Monaco follows a familiar trajectory: overpriced or mediocre. The principality has created a dining dichotomy between golden-chequebook fine dining and cheap kiosks where you struggle to find anything but frozen pizza or a tired tuna salad. Our beloved principality is as popular as ever but the pricing of rents in Monaco stops creativity in its tracks. Property prices in Monaco continue to rise, while those a few miles away in neighbouring Nice, where up-and-coming chefs flourish, and elsewhere in France, continue to fall. This is the right time for Monaco to dream up new ways to entice young and talented chefs here. How about a biannual competition for up-and-coming chefs where the prize could consist of a ten-year rent subsidy? I’d welcome your ideas. In the meantime, I urge you to book for lunch at Song Qi as soon as you can before the crowds start lining up around the street. *Ecole Polytechnique Fédérale de Lausanne imaged light’s wave-particle duality for the first time in 2015. Article first published September 28, 2016. [/ihc-hide-content]

Opera Gallery Monaco is proud to unveil a facet of Andy Denzler’s work through an exhibition entitled “Fragmented Identity", from June 22 until July 8. Born in Switzerland in 1965, Andy Denzler has seen his international career take off in recent years. His work has earned recognition from major art institutions, as well as from private collectors around the world, propelling it to the front of the contemporary art scene. From the beginning of his career, he has distinguished himself by his artistic language, his aesthetic signature and his singular universe. It fuels a fruitful and constant dialogue between image and substance – the two essential supports of his work. In sculpture, one often speaks of two competing methods: the subtractive method and the additive method. The first consists of the cutting of raw material in order to make a new form appear, such as Michelangelo stripping of a block of marble. Conversely, the additive sculpture can be illustrated by aggregating wax clusters on a metallic framework until revealing the contours of a silhouette. For Andy Denzler, the two methods come together, each addition of matter having as a corollary its imminent elimination, allowing the artist's vision to take shape. Opera Gallery, open Monday-Saturday from 10 am to 7pm, is located at 1 ave Henri Dunant, Palais de la Scala.