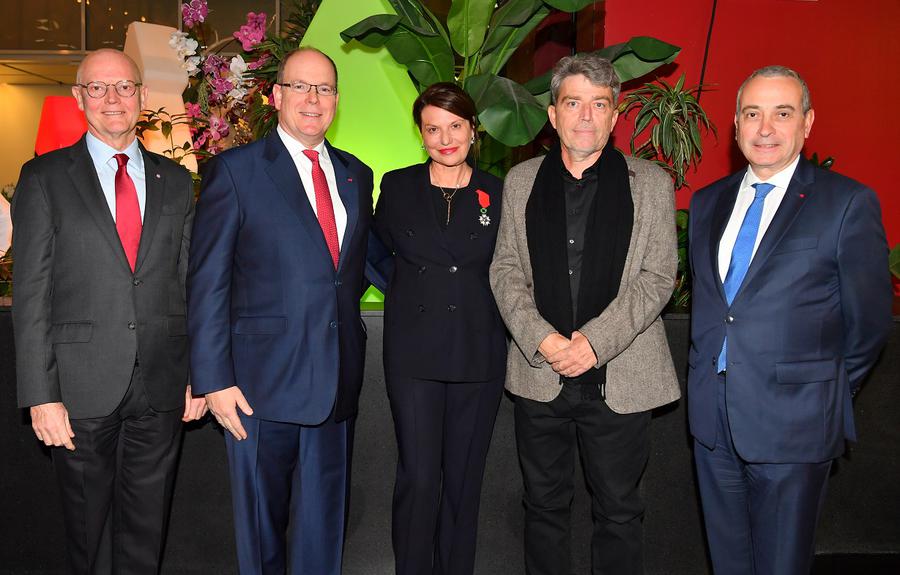 Isabelle Bonnal, Director of National Education, Youth and Sports, has been designated a Knight of the National Order of the Legion of Honour.
HSH Prince Albert II and several high-ranking officials from the Principality were present as the Ambassador of France to Monaco, Laurent Stefanini, bestowed the decoration to Ms Bonnal. He stated that this distinction is the “reward of eminent recognised merits in the service of common good.”
Ms Bonnal made a heartfelt speech praising both her home and adopted countries.
“I have no certainties, but of the humanist values ​​that Monaco and France share. […] The French Republic paid tribute this evening to my adopted country and to my heart, to the Sovereign Prince and to the actions that he was able to define with ambition and requirement, as well as to the Prince’s Government that I am honoured to serve”.
The Legion of Honour is the highest French order of merit and is given for exemplary military or civil service. Created by Napoleon Bonaparte in 1802, it has stood the test of time as the reigning honour given by the Republic.
To receive a Knighthood, one must have a minimum of 20 years public service or 25 years of professional activity with flawless performance in one’s trade or occupation.
PHOTO: gouv.mc/ Around HSH the Sovereign Prince, Serge Telle, Minister of State, Isabelle Bonnal, Director of National Education, Youth and Sports, Nicolas Bonnal, brother of the Director and Laurent Stefanini, Ambassador of France in the Principality of Monaco – © Directorate of Communication – Michael Alesi