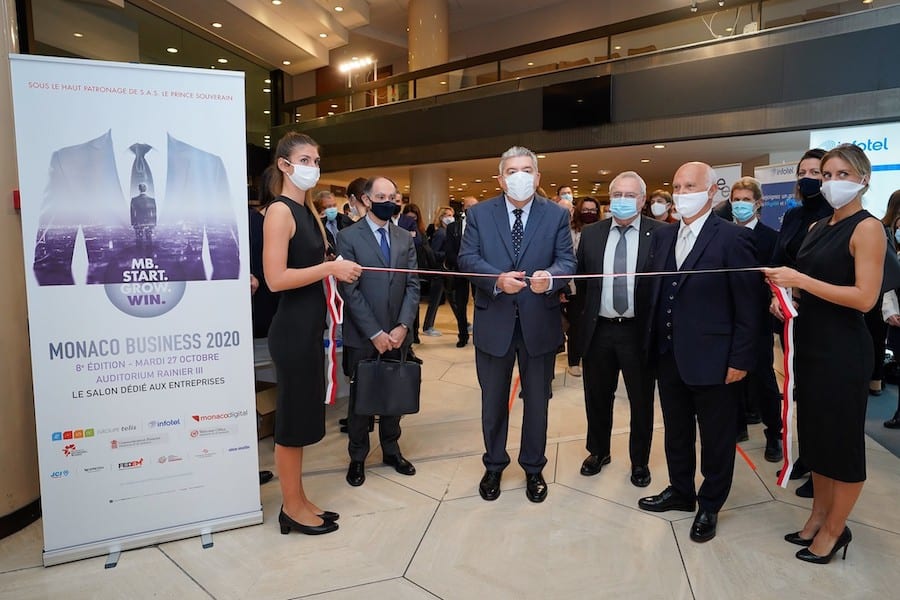 Minister of State Pierre Dartout inaugurated the 8th Monaco Business expo on Tuesday at the Auditorium Rainier III, an annual event dedicated to helping entrepreneurs do business in the Principality.
Monaco Business has been bringing Monegasque administration and entrepreneurs together for several years now with the aim of fostering exchanges and giving business people the means to increase their success in the Principality.
Featured companies and entities included the Caisses Sociales de Monaco, CCI Nice Côte d’Azur, Carlo, the Monaco Employment Office, statistics group IMSEE, Monaco Economic Board, MonacoTech and one of its start ups – Oghji.
The expo featured various workshops and networking events, conferences and round tables.
The event was conducted in respect of the government’s strict health measures.