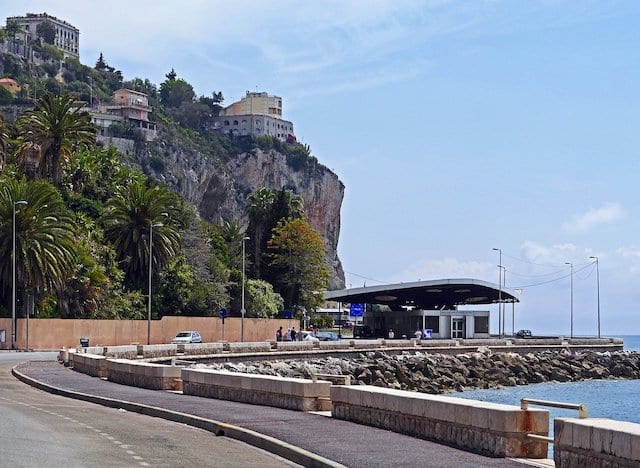 Despite the 3rd June reopening of the Italian border, crossings are still fraught as Monaco and France have yet to do the same, causing confusion, long waits and frustration for commuters and casual travellers alike.

The race across the border into Italy after months of total lockdown was a welcome shift after the strict confines of the coronavirus epidemic. People gleefully streamed across the frontier to visit friends, do a bit of shopping or go to a favourite restaurant.

All good, right? Well… not exactly.

The rub is that border control measures have not ended in neighbouring France and Monaco, so whilst getting into Italy is no problem, coming back can be. On the first day of the Italian reopening, massive traffic jams into France and Monaco were reported, some as lengthy as four kilometres long with cars taking well over two hours to make it to the other side.

The situation was bad enough for the Prefecture of the Alpes-Maritimes to issue a press release. They reminded people that, “France has not yet reopened its borders, the police continue to carry out checks to verify that the people wishing to enter the national territory correspond to exceptional cases. It therefore remains essential to have the derogatory international displacement certificate to present in the event of an inspection.”

The perfect storm created on that first day was brought about by several factors. The French people excited about going to Italy combined with the pre-existing control measures in the fight against illegal immigration and the return of those who had been trapped across the border due to the health crisis made for a nightmare scenario at the border.

After the difficulties of the first day, Monegasque and French border agents have streamlined their approaches, easing controls for nationals of both countries in order to prevent these scenes from re-occurring.

As a reminder for visitors going into Italy, depending on the municipality, masks are obligatory in the streets, in cars with people who do not live in the same household, on public transport, in restaurants and in shops. Gatherings of people are prohibited unless they stand two metres apart and food shops require both gloves and masks before entry.