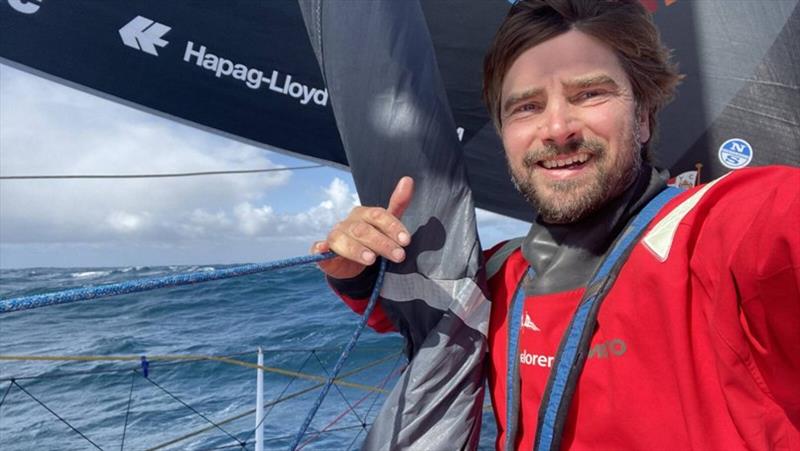 Monaco’s representative in the Vendée Globe solo sailing race, Boris Herrmann, made his first solo passage around Cape Horn in gale force winds with a torn main sail, but has still held onto 10th place.
Boris Herrmann, skippering the Seaexplorer-Yacht Club de Monaco on his around the world voyage for the Vendée Globe solo sailing race, made safe enough passage around treacherous Cape Horn at 3:27am French time on Tuesday 5th January.
The experienced captain faced gale force winds ranging from 35 to 40 knots with the added challenge of having to repair a torn main sail.
“Every passage is different, and this was very intense physically as well as mentally,” Herrmann said, once through the worst of it. “In big seas, I was able to start the repair but had to wait for the glued patches to dry before stitching. I had to reroute a little to the south to do the repair. The wait was very frustrating and rather spoiled the long-awaited moment of passing the Horn, even though the emotion was there. But the ordeal has made me more determined than ever to catch up. I’m happy to have the Pacific behind me.”
Cape Horn, the point at the tip of Chile in South America where the Atlantic meets the Pacific, is notoriously dangerous. Strong winds, giant waves, strong currents and icebergs are common features, making it a passage only undertaken by seasoned sailors.
This transition point from the Atlantic to the Pacific may seem trivial, but for sailors, it marks a change in the way they handle conditions.
For Herrmann, it will be a bonus, as he is more confident in these waters. “I know how to do it well in the Atlantic, in the conditions I know, but the sea is more marked, the swell is heavy in the Pacific. It’s not the same and I find myself a bit slow,” he explained on the Vendée Globe site.
Making it around Cape Horn is symbolic as it marks roughly the two-thirds point on the homeward stretch. But it isn’t exactly smooth sailing from now on. Decisions must still be made at every turn and for Herrmann, the next one will be whether he should go through the calmer seas of Le Marie Strait or to head for the open ocean, with the Falklands at his port side, and take his chances there.
But he is optimistic either way and ready for the work ahead to improve his position. “I will be entering the last third of the race and there is still a lot to do to finish on the top.”