Boris’ nightmare: It could happen to any of us

Boris’ nightmare: It could happen to any of us 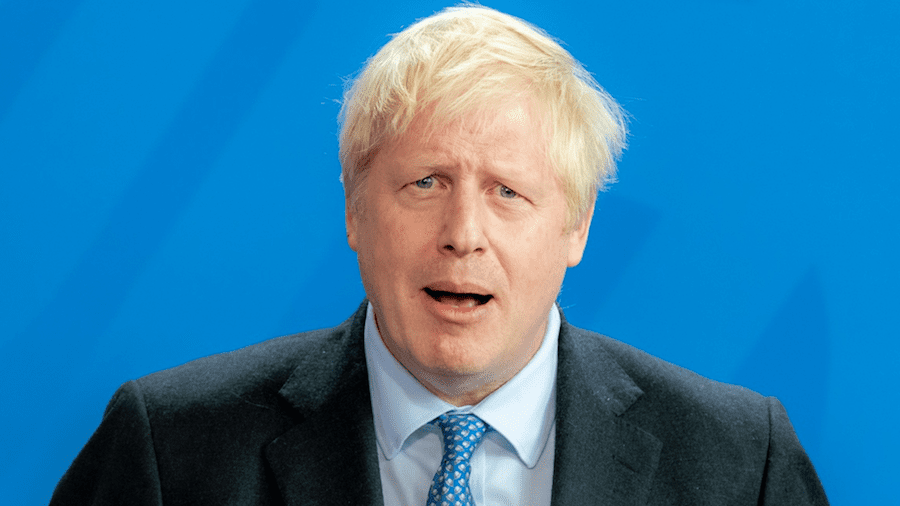 The world watched aghast this week as the United Kingdom’s Prime Minister, Boris Johnson, blundered a crucial speech to the CBI. As if mixing up his papers in the glare of the world’s press was not enough, what appeared to happen next was excruciating to watch. The Prime Minister seemed to freeze. The silence was deafening.
To compound this Greek-like tragedy, it seems the Prime Minister attempted to unfreeze himself by sharing details of his recent trip to Peppa Pig World. The CBI attendees looked unimpressed.
As a psychotherapist, I am not interested in the politics of the situation but in the meaning. What happened to Boris Johnson this week and what can the rest of us learn from his experience?
The amygdala
In fancy terms, my best guess is that Boris Johnson suffered an “amygdala hijack”.  It is a term coined by the psychologist Daniel Goleman in the 1990s.  In less fancy terms, he was most likely overwhelmed with chronic stress.
The amygdala is part of the brain’s limbic system which regulates our emotional and behavioural responses.  As well as storing all our pleasurable emotions, it prepares us for danger by activating our fight or flight response.
Back in pre-historic days, we had to be alert for predators. We were someone else’s dinner! Hence our bodies automatically developed a survival mechanism to prepare us for danger. When under threat, our bodies assessed the situation and informed us to fight or flee the oncoming predator. (As someone who is neither strong nor fast, I would not have survived long.)
The lesser known, involuntary retort to being threatened or under extreme stress is the freeze response.  We might have played dead or hid from the predator chasing us.
In the Prime Minister’s case, it appears he involuntarily froze, presumably due to the stress of the situation or the accumulation of stress over recent times. In other words, he likely had a brain and body reaction to stress.
Peppa Pig?
So why the Peppa Pig ramblings? (No offence to the Peppa Pig fans out there). Boris Johnson is known for creative rhetoric, but this seemed out of character.
Here’s the crux.  Under extreme stress, all of us lose the capacity to think or act rationally. Back to my jargon – our pre-frontal cortex goes offline. This is the thinking part of our brain. As cortisol floods our brain, the only accessible part of our brain is the amygdala and specifically the fight, flight or freeze response. Whatever I do or say in the moment might not be logical or rational. Enter Peppa Pig, left stage.
In the work I do with addicts, the “amygdala hijack” is highly relevant. Addicts make decisions which they often come to regret. Sometimes those decisions have far-reaching consequences. So why do them? In the moments that they are high with their drug of choice, the only part of their brain that is functioning is the part which experiences pleasure. In their case, the dopamine rush has flooded the brain.
Have you ever wondered why certain public figures get caught in the most uncompromising situations? (Think of a former U.S. President or a famous world golfer or an iconic British 1980s pop star). The obvious question we ask ourselves when watching their jaw-dropping escapades on the nightly news is “what were they thinking?”  The answer is they were not thinking rationally.
Conclusion
The fight, flight or freeze response was handy when being chased by Barney the dinosaur but less useful in addressing a CBI conference. It turns out that our pre-historic brains were quite clever. We just don’t need to use them in the same way today. Hence therapists emphasise techniques such as slow breathing and mindfulness to combat stress and to avoid our bodies entering this default mode.
What happened to Boris Johnson can happen to any of us in a stressful situation. The key is to understand our stress triggers. That requires us to get better at recognising our emotions. Emotions are data. We need to stay attuned to our minds and bodies and avoid the fight, flight or freeze settings.
So, when you are next at the office and nervous about making that crucial presentation, or you are in a situation where you feel threatened or significantly stressed, acknowledge how your body feels.  Do some mindful breathing.  Slow down.
If you do find yourself rambling about the activities of Peppa Pig, at least you’ll know you are not the only one.