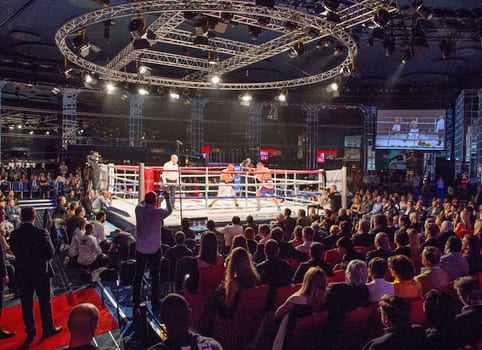 Scott has an excellent 38-2-1 record, but he is coming off a layoff of just over a year and many still questioned his heart after his March of 2014 1st round KO loss to Deontay Wilder. Not known as a huge puncher, Scott has 13 knockouts in his 38 wins and he has won two fights in a row. Scott’s last fight saw him defeat the aging but highly ranked Tony Thompson via UD.

In Ortiz, who is 25-0, Scott is facing a big punching Cuban fighter who is still hungry at 37 years old. Ortiz recently left Oscar De La Hoya and Golden Boy Promotions for Matchroom Boxing, and Hearn delivered this fight for Ortiz on short notice.

On the undercard, WBA world titles are in play as featherweight champion Jason Sosa (19-1-4) defends his title against Stephen Smith (24-2) and bantamweight titlist Jamie McDonnell (28-2-1) defends his belt against Liborio Solis (25-4-1). Sosa is 15-0-1 in his last sixteen fights, with the lone draw coming against Nicholas Walters. Sosa versus the British fighter Smith is the most competitive match the books are offering.

Tickets still available for the event at Salle des Etoiles in Sporting Monte-Carlo.

Fun on the sea at the YCM

Local News Cassandra Tanti - June 6, 2019
This June, Port Hercule will once again celebrate Fête de la Mer with a host of free water activities and entertainment for the whole family.

The rise of e-sports

News Cassandra Tanti - October 27, 2019
E-sports has started to reshape the entire sporting industry, fuelled by a young, tech-savvy generation who are no longer content with just watching sports, they also want to participate. Bringing these two worlds closer together is the creation of new, virtual reality gaming experiences. Wave Italy is one such company who is taking e-sports to a whole new level. [ihc-hide-content ihc_mb_type="show" ihc_mb_who="2" ihc_mb_template="1" ] All indicators point to e-sports as being the future of all sport. Recent insights suggest that e-sports is set to reach €1.1 billion by the end of the current year, showing a growth of about 27% over last year. And, according to market researcher Newzoo, the video gaming industry will be worth €180 billion by 2021. Formula One is the latest sector to tap into this lucrative industry, this year hosting its third annual F1 E-sports Championship with teams including Mercedes, Alfa Romeo, McLaren, Ferrari and Red Bull. Anyone with a gaming console has the chance to become a virtual competitive driver, opening up a pandoras box of possibility for racing fans. 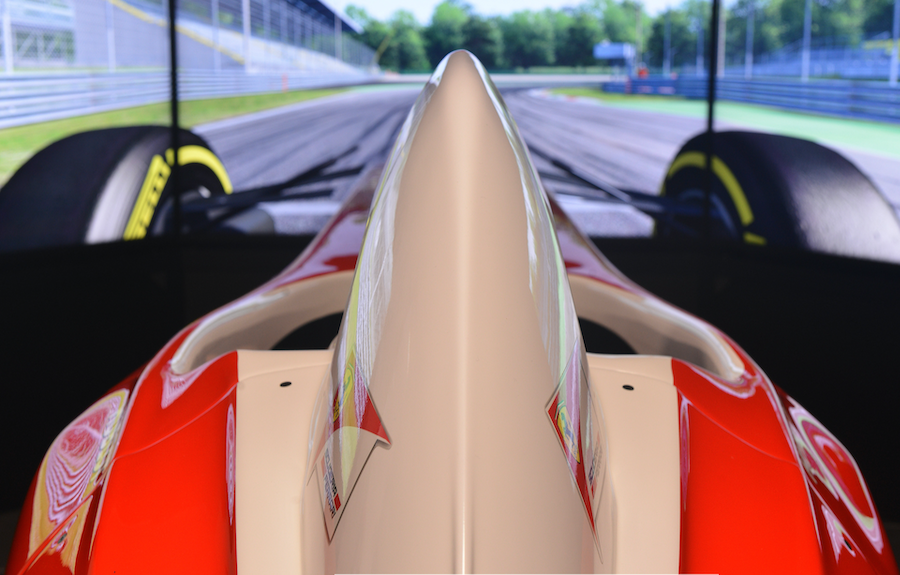 Taking this concept even further is Wave Italy, created in 2015 in Maranello, the HQ of legendary Ferrari. The engineering company began by developing a formula one car simulator, the Phoenix Pro, to offer a real F1 experience to the wider public via car museums, autodromes, specialised digital halls, and at public or corporate events. “In order to achieve this, it was fundamental that we develop internally the control peripherals, such as the steering wheel and pedals set, but with a precise vision,” Alberto Gibellini tells Monaco Life. “Wave Italy was not just trying to upgrade arcade-gaming, we started from scratch with the philosophy: ‘From real racing cars to your simulator’.” The next step was to branch out to offer their products, the peripherals, to the most exigent sim racers. The final part of the equation was further technological development which led to the Wave Apex - simulators used at the Professional Training Centre in Verona by real professional pilots who come to train with the help of a driving coach and real-time telemetry. 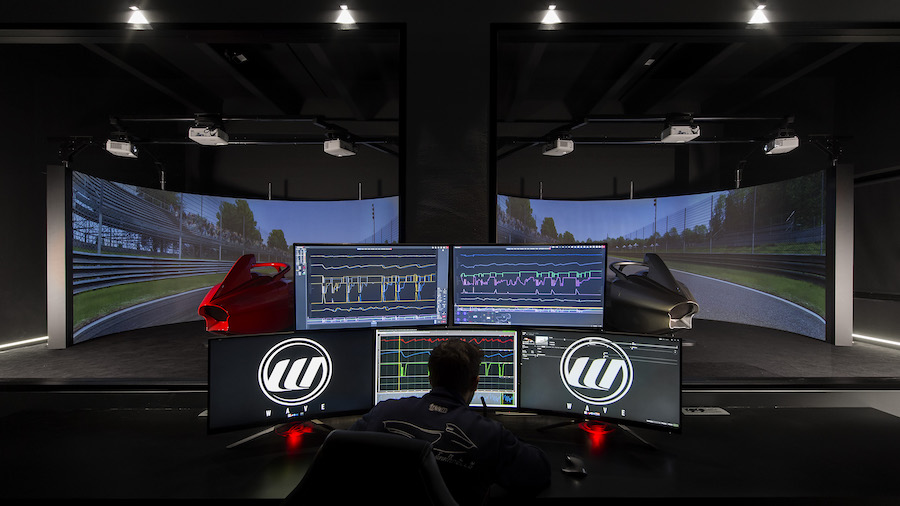 “We have our professional training centre in Italy where we have around 10 to 12 Formula Two, Three and Four teams training there,” says Alberto. “We gathered a team of professionals who can deliver on all stages of the implementation of a driving simulator: hardware, software, design, mechanics, motion, control and security. Marco, for example, was a coach at the Ferrari Academy. He now works for us.” Wave Italy has developed everything from the ground up: the car structure, the high-tech steering wheel, the motion technology, the interactive seat belts, the racing pedals. All is available to racing enthusiasts to kit-out their virtual F1 car or a sophisticated GT rig, which is often easier to train and race with at home. 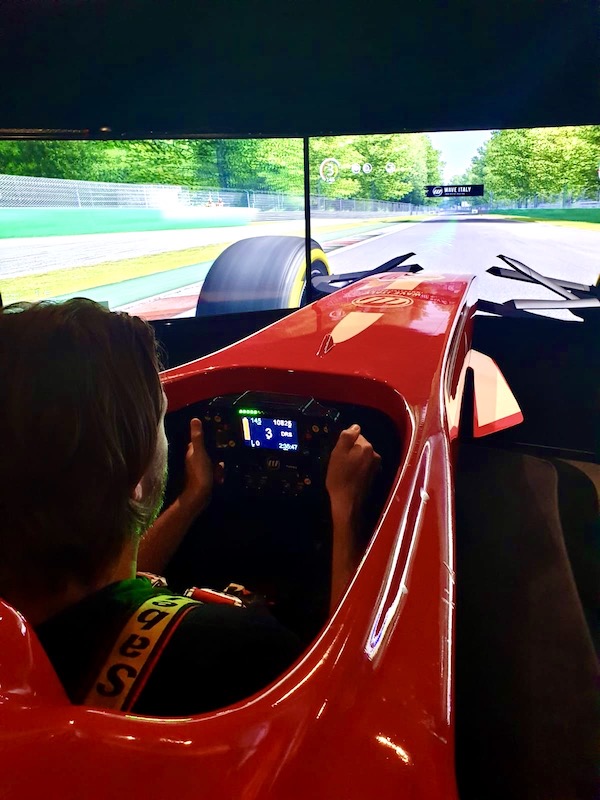 “This is as close as possible to Formula One reality,” reveals Alberto. “You have to be very skilled because the pedals, for example, can handle up to 200kg force for the break; the steering wheel is as sophisticated as the one in real F1 cars. The belts, they push and pull you. So, it is also physical training. It’s the closest thing to being in an F1 car without being in an F1 car.” With e-sports set to be the mainstream entertainment of the future, gaming will gradually fight its way out of people’s lounge rooms and into the public domain. “There are more than 100 different possibilities for virtual gaming,” says Alberto. “We are working with shopping malls, cruise liners, hotel resorts… every day we find a new opportunity that can be exploited.” [caption id="attachment_41274" align="alignnone" width="640"] 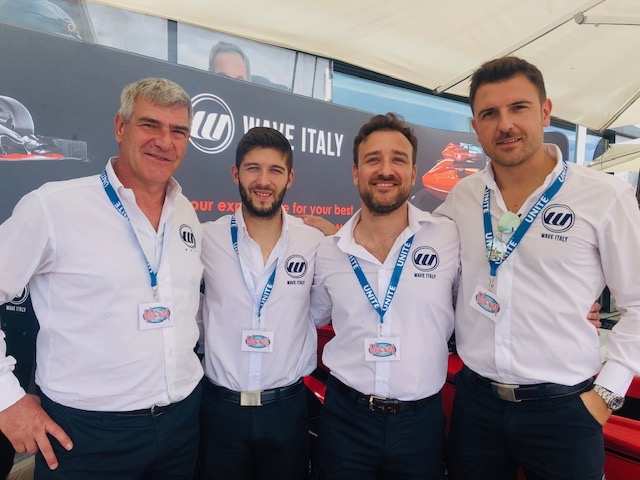 Maurizio Primo, Marco Zipoli and Alberto Gibellini and CEO Alex Martinelli[/caption] Just as elite level sports can deliver big pay checks for winning athletes, the monetary rewards are also impressive in e-sports. “In competitive racing simulations, people are playing from their homes at international championship level and they can win hundreds of thousands of euros,” says Alberto. “There is also a strong interest from real sports car teams to find new talent. If you are fast in simulation, you are fast on track too, you just need some physical preparation. So, even if you don’t win the cup and money a simulated race, if you show a good driving technique you may just get a telephone call from an official racing team asking you to drive for them on asphalt!” If you think you have what it takes to race in the Formula One E-sports Championship, try out Wave Italy’s pro simulator at Prince Albert’s car museum in Fontvielle.   [/ihc-hide-content]