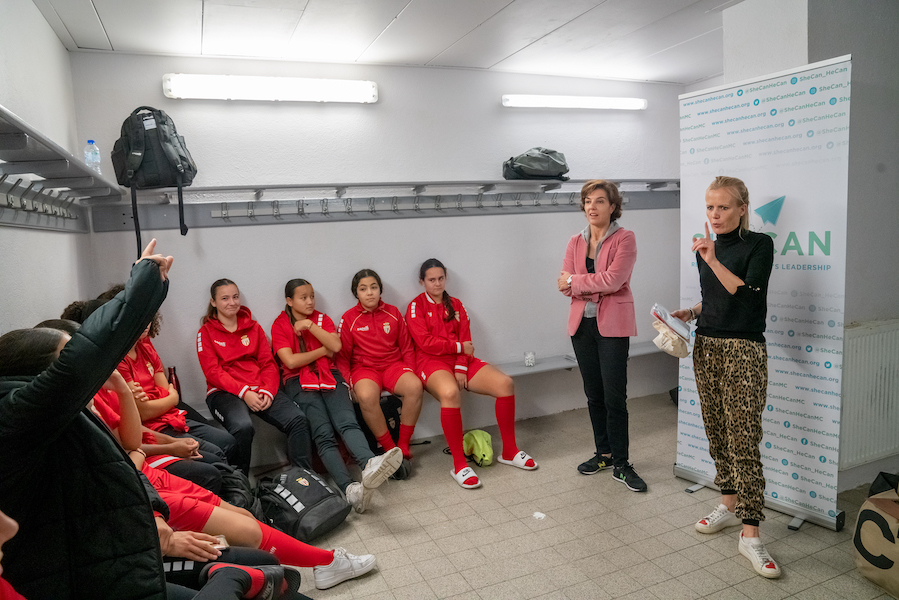 Monaco association SheCanHeCan continues its mission to raise awareness and break taboos around periods with the handing out of free First Periods Kits to the U14 and U15 teams of the ASM FF.

In March 2022, the Monaco Red Box Project developed by Monegasque association SheCanHeCan became Monarègles, a campaign which aims to break taboos around periods and to encourage the wider distribution of organic period protection to young girls in the Principality and, in particular, to young athletes.

The First Periods Kit includes a packet containing 18 period products from the English brand Freda, a FabLittleBag sachet, and a Guide to Your First Period, developed in French by SheCanHeCan.

After having distributed these kits within the Don Bosco College in Nice with the financial support of CFM Indosuez, SheCanHeCan offered its kits to young players in the U14 and U15 categories of the ASM FF on Friday 11th November, in the presence of Céline Cottalorda, the Interministerial Delegate for the Promotion and Protection of Women’s Rights.

The objective of this initiative is threefold: to provide organic period products to young girls, which is better for their health and for the environment; to inform them of the products available to sportswomen; and to encourage a discussion around menstruation so that young players know their bodies better and understand the impact on their performance.

SheCanHeCan is a Monegasque association created in 2011. Its main mission is to encourage all individuals to challenge stereotypes in order to achieve their full potential regardless of their gender. Monarègles aims to break taboos around periods and to encourage companies, institutions and schools to provide free protection to its teams.