Bring on the Coupe de France

Bring on the Coupe de France 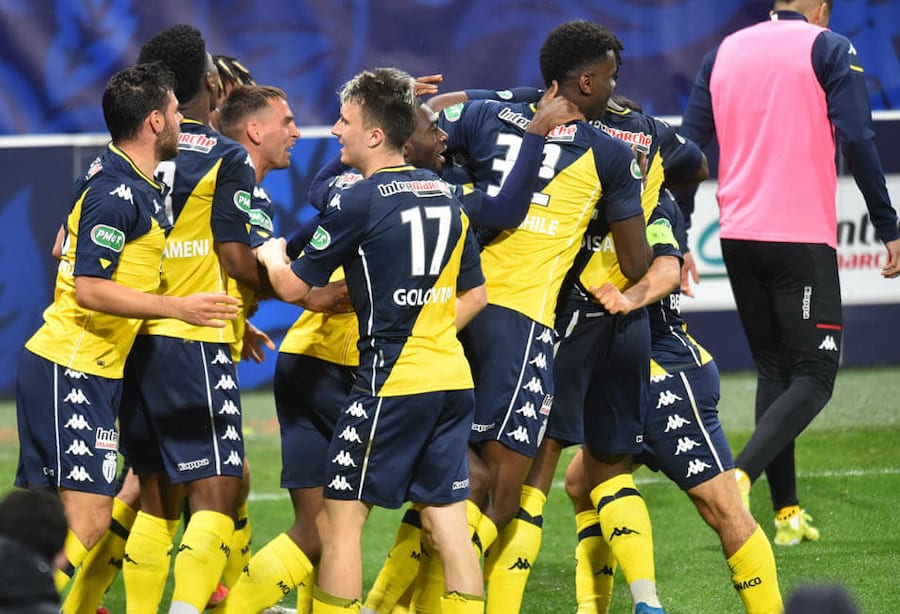 The Red and Whites have clinched their spot in the semi-finals of the Coupe de France after a stunning two to nil victory over Olympique Lyonnais on the road Wednesday night.
Just 10 days before Monaco and Lyon meet for a battle in Ligue 1 action, the Red and Whites had a major confidence booster by winning over Lyon and securing themselves a spot in the Coupe de France semi-finals.
The match started off with both sides over-pumped, marked by three yellow cards being handed out to Kevin Volland, just a mere 12 seconds in, as well as to Lyonnais players Sinaly Diomandé and Thiago Mendes in the first 10 minutes of play.
Things settled down a bit after this and the first true attempt on goal was made by Melvin Bard whose shot was batted away by Monaco goalie, Radoslaw Majeki.
The Monaco side then lost Sofiane Diop to an ankle injury after a serious tackle. It was a rough start and all through the first half it was Lyon who made try after try, with Monaco primarily just playing defence to fend off the attacks.
After the half time break, Monaco took the bull by the horns and sprang into action.
Following a penalty on Fodé Ballo-Touré by Diomandé, who was sent off after his second yellow card of the game, it was Wissam Ben Yedder who took the shot and opened scoring for the game.
The two teams were definitely playing aggressive ball, with more run-ins that resulted in cards. It was the ever-cool Ben Yedder who made the next set up, passing the ball to Volland who hit a powerful shot just under the crossbar, zooming past the Lyonnais goalkeeper at 62 minutes in.
This was the last score of the game, though Ruben Aguilar almost made it three at the 74 minute mark. Thus, Monaco earned their semi-final spot in the Coupe de France playoffs.
Monaco and Lyon, ranked number three and four respectively in Ligue 1, have just a single point between them. In fact, the top four teams, which include Lille and Paris Saint-Germain, are each only separated by a point, making this season anyone’s to win.
“We didn’t come to Lyon expecting to have an easy time of things,” said Coach Niko Kovac. “We expected a tough match against one of the best teams in France and Europe, so we expected this kind of game. We had our chances in the second half and we took them so that’s what I will remember most of all about tonight.
“We are going to analyse this match, as Lyon will of course do the same. But I think that this evening we also made some changes, and Lyon did as well. So I imagine that in 10 days the match will be very different and that there will be no repercussions following tonight’s victory.”