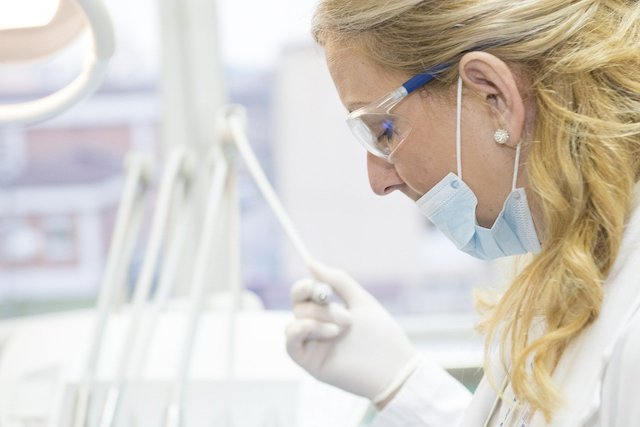 While tests have cleared two suspected cases of coronavirus in Monaco, Nice has set up a dedicated unit as the ‘first line’ of treatment in the region. Meanwhile, as Italy’s economy takes a battering due to the recent outbreak, it is important to note that the regular flu has killed more people than Covid-19 this winter season.
The Monaco Government confirmed on Tuesday that samples taken from two patients treated in Monaco are negative of the Covid-19.
The possible cases sparked panic early in the week, as it was revealed that more than 250 people have been infected by the coronavirus in neighbouring northern Italy, seven people have since died, and 50,000 others remain in quarantine.
The Principality is naturally edgy given around 6,000 Italians travel into Monaco each day for work.
But Giovanni Paolo Risso, head of Monaco’s Italian association AIIM, told Monaco Life that he thinks the situation is being exaggerated by the media. “My opinion is that, in the typical Italian way, we have panicked and started testing everyone. The people who have died in Italy were all elderly, and some are questioning whether they even died from coronavirus or an underlying illness. I don’t think we should panic because it is getting too ridiculous now.”
Anyone returning to France from affected regions in Italy have been advised to self-quarantine for 14 days.
Meanwhile, there are reports of empty supermarket shelves across the region amid fears the Alpes-Maritimes and Monaco will be placed on lockdown like Northern Italy. Families are also questioning whether to send their children back to school next week.
But as a reminder, at the time of publication, there have been no confirmed cases of coronavirus in the French Riviera or Monaco.

In its international address on Monday, the World Health Organisation said the coronavirus situation had not reached the pandemic level.
“Our decision about whether to use the word ‘pandemic” to describe an epidemic is based on an ongoing assessment of the geographical spread of the virus, the severity of disease it causes and the impact it has on the whole of society,” WHO General Director Dr. Tedros Adhanom Ghebreyesus said. “For the moment, we are not witnessing the uncontained global spread of this virus, and we are not witnessing large-scale severe disease or death.”
So far, just over 80,000 cases of coronavirus have been detected globally, with 2,707 deaths.
WHO-China research teams found that the fatality rate is between 2% and 4% in Wuhan, and 0.7% outside Wuhan. They found that for people with mild disease, recovery time is about two weeks, while people with severe or critical disease recover within three to six weeks.
To put it into perspective, there have been two coronavirus deaths in France and 10 in Italy. Meanwhile, the current seasonal flu epidemic in France has already killed 44 people.

But Italy, the fifth most visited country in the world, is already taking an economic hit from the new strain.
Lorenzo Codogno, head of London-based LC Macro Advisors and a former chief economist at the Italian Treasury, told AFP that he is now forecasting a GDP drop of between 0.5% and 1% in the first quarter, plunging Italy into its fourth recession since 2008.
Lombardy, around the financial capital Milan, and Veneto account for around a third of Italian GDP and half its exports.
“The first impact will be on tourism and retailing, with people staying at home and cancelling hotel reservations,” Codogno told AFP. “But even more damaging will be the later impact on companies through disruptions in supply chains.”
A-League football games are being held behind closed doors while politicians call for a postponement of Milan Design Week due at the end of April, attended last year by almost 400,000 people.

It was announced during a press conference on Tuesday afternoon that a special unit has been opened in the Archet Hospital in Nice, and is designed to admit patients without them having to come into contact with other members of the public or staff. The CHU and the Regional Health Authority also confirmed that samples taken from patients can now be analysed on site. Previously, the samples had to be sent to Marseille, delaying diagnosis. It means tests taken in Monaco will also be sent to Nice for quick analysis.
While Nice is the ‘first line’ of treatment, four other hospitals in the region have been classified as ‘second line’, in Cannes, Grasse and Antibes, as well as a health centre in Saint Laurent du Var.
As with any flu epidemic, anyone with a cough should cover their mouth with their elbow rather than their hands, or use a single-use tissue, and wash their hands after coughing.