Call for urgent action on migrants 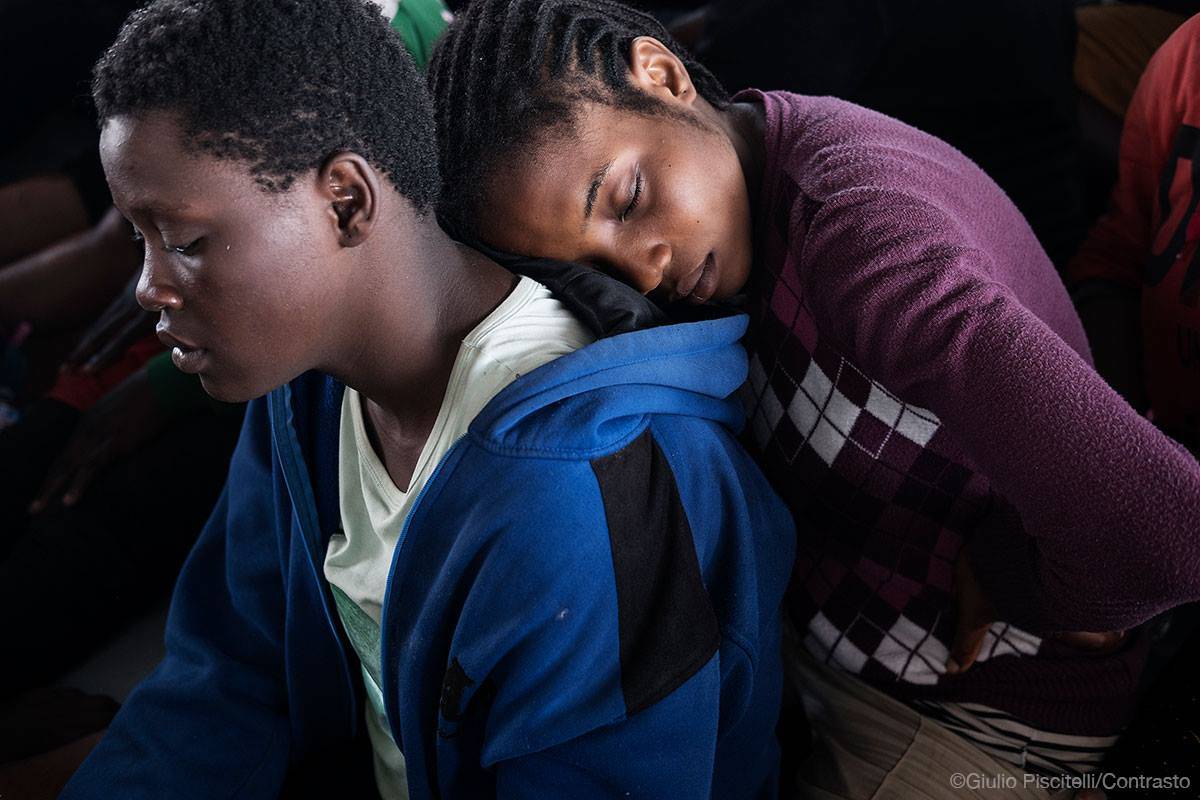 The Italian authorities have been joined by the Deputy Mayor of Nice in calling for Europe to sit up and take notice and respond to the growing migration crisis, a problem likely to grow in the context of climate change.

In a statement on Monday, July 24, Marine Brenier, who is also a Deputy for the neighbouring Alpes-Maritimes, asked the French government and Europe to respond to the migratory pressure in the department and more particularly in Nice, as migrants make their way across Italy and into France.

“For several months, the Alpes-Maritimes department, and more particularly our French capital, have been assailed by people trying to get to England. Even today, nearly 200 migrants have arrived illegally in Nice,” she said.

“Remember that Cédric Herrou was sentenced to a €3,000 fine suspended by the Nice Criminal Court for helping foreigners in an irregular situation. The authorities have not appreciated the feeling of insecurity and the problems related to the passage of individuals, who are certainly suffering, but who, in a troubled security context, worry our fellow citizens and disrupt public order.”

Ms Brenier added that the government and Europe must accept their responsibilities in the face of an unstable situation and a migratory wave that will continue to increase over the years, “notably with the underestimated phenomenon of climate change”. 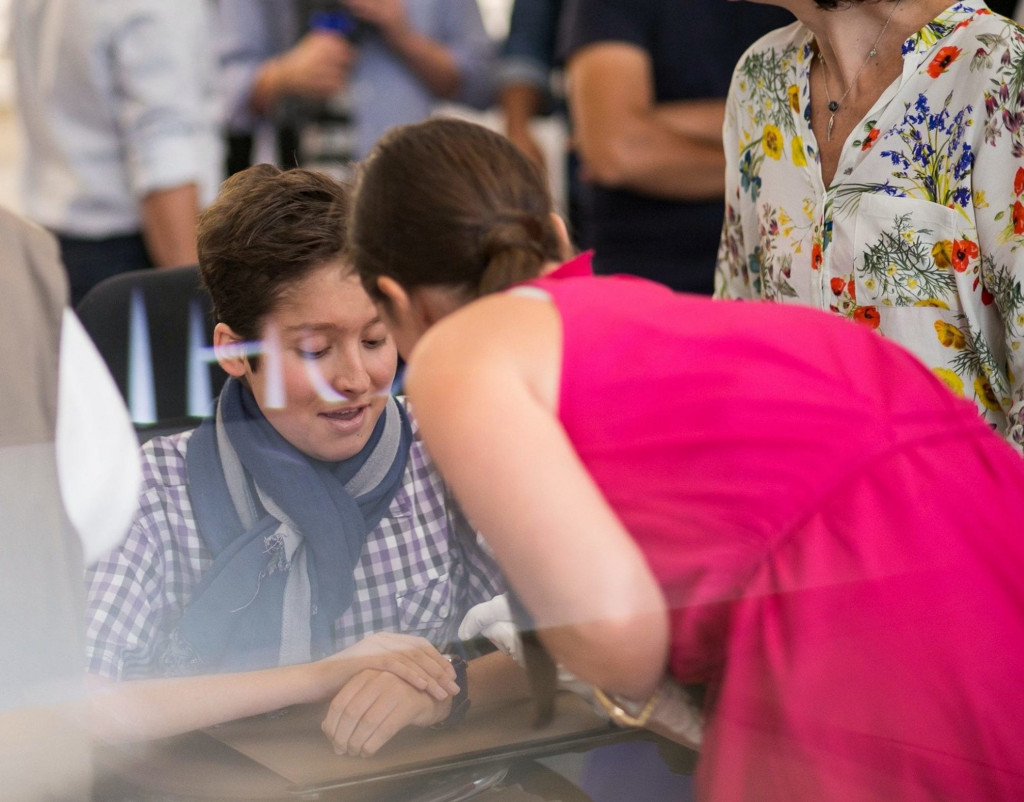 Paul at the 2015 Monaco Yacht Show. Photo: Facebook OnlyWatchCharityAuction[/caption] Two years ago, Paul Pettavino was a student of mine at the École du Journalisme (EDJ) in Nice. Funny, clever and always the first one to volunteer to participate, whether for the “Today’s News” segment or a game, you would have thought he was like any one of the 74 other young budding journalists of his year. Except Paul had Duchenne muscular dystrophy (DMD) and lived in a stand-up power wheelchair. I was deeply saddened to learn that this lovely young man died on Saturday, November 12, just shy of his 21st birthday. While other students in my classes would hand in assignments late with the excuse that they couldn’t find printing paper or when confronted about plagiarism would reply, “I couldn’t have plagiarised because my mom wrote my paper”, Paul was battling his physical constraints on a minute-by-minute basis, never complaining. He gave me hope. His level of English comprehension was higher than most of his peers, and often when I’d make a joke in English under my breath, I would look at him for a response, and be rewarded with a grin. [caption id="attachment_8203" align="alignnone" width="1088"]

Paul presenting the news in first year at journalism school.[/caption] “We thought we had to help Paul,” Nicolas Allera, a fellow journalism student from Paul’s first year, tells Monaco Life, “but in fact Paul was always helping us. He never put his disease on other people and he was always smiling.” Open-minded, smart and always telling jokes in class, Nicolas adds that “Paul wanted to show us and himself that he was just a regular kid in the class.” Another EDJ student, Laura Berlioz, started a “cagnotte”, a donation box, to collect money for the Monegasque Muscular Dystrophy Association (Association Monégasque contre les Myopathies), launched by Paul’s father, Luc, in 2001. Mr Pettavino, who was managing director the Monaco Yacht Show for 18 years until 2010, is also Chairman of the Board at Synthena, whose aim is to develop life-saving drugs for the treatment of severe neuromuscular diseases in general and Duchenne muscular dystrophy in particular. The 6th edition of the Only Watch charity auction held November 7, 2015, showcased a collection of “44 exceptional one-off timepieces” including watchmakers Blancpain, Breguet, Chanel, Chopard, Hermès, Patek Philippe and Van Cleef & Arpels. 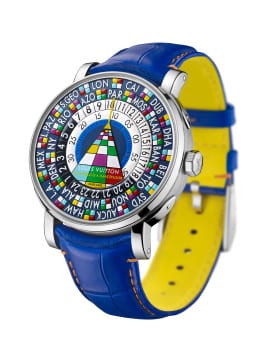 Paul himself worked with Louis Vuitton four times over the years, designing special watches for the occasion. Last year, his “World is a dance floor” (complete with Night Fever dance floor pattern on the dial, pictured) was a variation of Louis Vuitton’s Escale Worldtime, and in 2013, he created the Tambour Regatta Spin Time watch. Held at La Réserve in Geneva, Only Watch, which is under the High Patronage of HSH Prince Albert II, raised €10,450,000 in 2015 for DMD research, making it the association’s most successful fundraiser to date. Paul, who grew up in Monaco and attended Lycée Albert 1er, had many creative outlets. Just over a year ago, he had his first photography exhibition at Le Teashop at Place des Moulins. In a tribute to Jack Kerouac, “On the Road” unveiled a collection of Paul’s photos from a 2014 trip to the US and Canada, where he visited Boston, New York, Washington, Ottawa, Montreal and other cities, with a focus on architecture and urban landscapes. “I wanted to show through my exposition what I discovered,” Paul said in an interview at the opening. “Paul was truly an exceptional person, a lesson in love and goodness,” Le Teashop owner Sharon Eastwood tells Monaco Life. A friend of the Pettavino family, Sharon has known Paul and his older sister, Tess, since they were born and used to babysit the two of them. “Paul was so serene. He was a beautiful, affectionate, extremely kind, radiant, always smiling and a creative spirit,” she adds. “The last time we dined together, we talked about doing the next exhibition at the Teashop on the theme of ‘public benches’. He was very enthusiastic and full of ideas, as usual. “I am very happy to have had the chance to cross his path and share some nice moments with him. He was very much surrounded with love, he has a great family and I wish them much courage to overcome this painful ordeal.” Paul’s Facebook page has been painted with touching tributes to such a unique individual, and as Monaco Life discreetly reached out to others that knew him, we were moved to tears by the impact he consistently made on others: “Such an unfair, destructive illness and yet this young man taught us bravery, the true essence of joy and, of course, the importance of here and now. May Paul Rest In Peace, pain free and fly little angel.” A private funeral will take place on Friday but a remembrance service at 3:30 pm at the Monaco Cathedral is open to all those who wish to celebrate Paul's life. Article first published November 16, 2016. 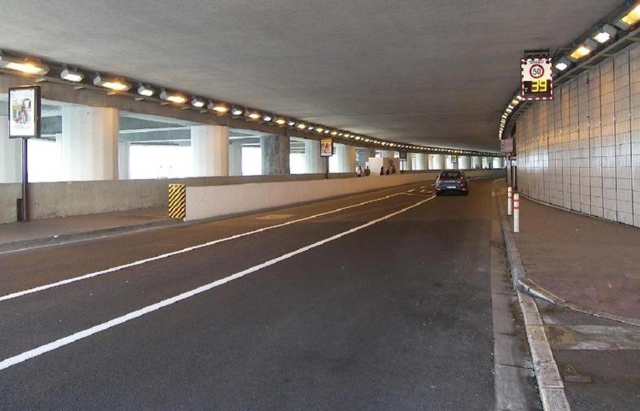 Photo: gouv.mc[/caption] The Larvotto tunnel will be closed at night to traffic in both directions from Monday, February 6, until Thursday, March 30. The overnight closures will run each day from 8 pm until 6 am. The noisiest work will be stopped at midnight. The closure is a continuation of the progressive installation of security features in Monaco’s road tunnels, including the setting up of fire protection networks and the creation of fire and safety niches. During the duration of work, users coming from the east of the Principality via boulevard du Larvotto will have to leave at the Portier roundabout, while traffic coming from the west will only have access to the Monaco train station. READ MORE: Tunnel Albert II: 58% of morning rush hour traffic READ MORE: Road closures from next week