Call it a draw: ASM and Lille end scoreless

Call it a draw: ASM and Lille end scoreless 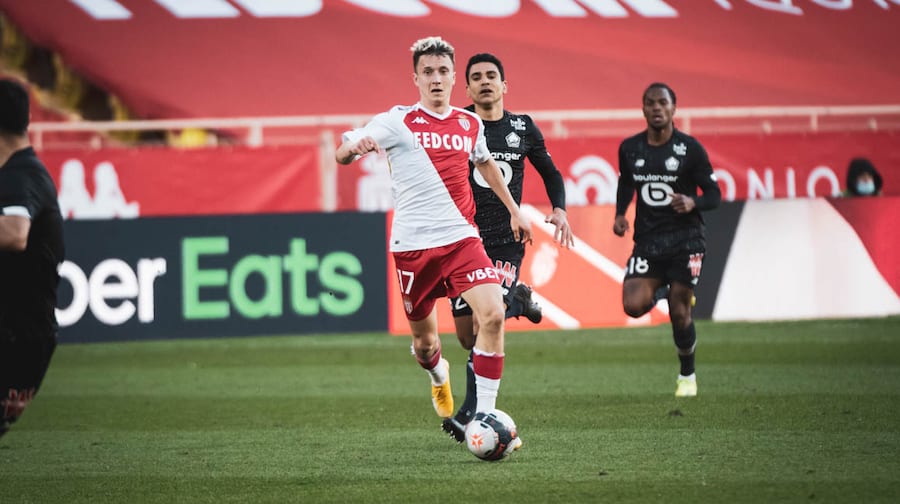 AS Monaco put a crimp in Lille’s total domination by holding their own against the powerhouse in a scoreless match on Sunday at Stade Louis II, putting an end to the top spot team’s winning streak on the road.
One record continued and another was broken after Sunday’s match between AS Monaco and Lille saw a nil to nil draw. The Red and Whites remained unbeaten after six home games at Stade Louis II whilst Lille’s seven game streak of wins on the road was broken.
“I think it was a challenging match, said Monaco Coach Niko Kovac. “Both teams displayed a good tactical level. It was hard to break down the Lille lines. I am happy with the performance of my team. We only conceded one shot on target.”
The game got off to a slow start, with the first possibility of a shot on goal not coming until 12 minutes in when LOSC’s Timothy Weah was blocked by Monaco goalie Benjamin Lecomte. Ten minutes later it was Monaco’s turn. Wissam Ben Yedder had a too-close-to-call play that required VAR intervention that decided in the end the goal was a disappointing no-go.
The first half went on like this with a series of near hits, but not conversions. Both sides went into the locker room without a single point scored.
After half time, despite Monaco having primary possession of the ball, neither team ever gained the upper hand. The game was not entirely without excitement, but it definitely was without a goal. It ended in a 0-0 tie, and gave the Red and Whites one more point, extending their lead over fifth place Marseille by 11.
“Lille were there to play for draw and hurt us on the counterattack. We were focused. Lille are in first but Paris can take the lead tonight with a win. Marseille are coming back as well, so we must keep our distance from the fifth. We’ll talk about it again in a month, we’ll see where we stand,” the ever-cautious Coach Kovac said after the game.
Monaco plays one last match before the international break. They will face off against Saint Etienne on Friday way at Stade Geoffroy Guichard at 9pm.