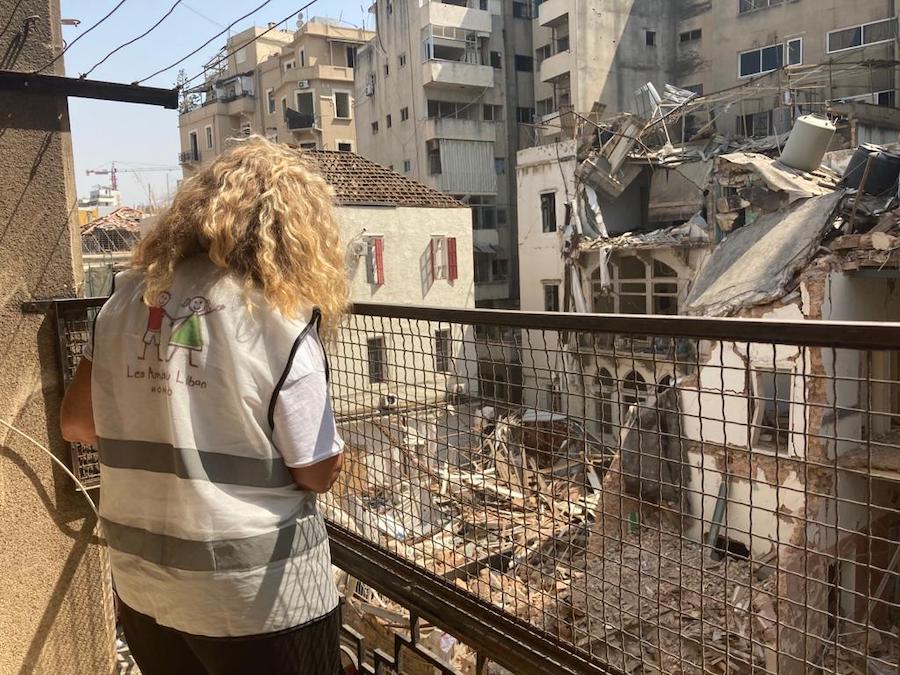 Les Amis du Liban, AMADE, and Monaco Aide et Presence are joining forces to save the Brothers of Saint-Joseph school in Lebanon after it was severely damaged in the August explosions.

On 4th August this year, two explosions shook the city of Beirut, Lebanon, killing over 190 people and injuring 6,500 more. The human toll extended to thousands of people who were left homeless, jobless and destitute in the wake of the disaster.

When Les Amis du Liban was on the ground in the stricken city organising the first distributions of food and basic necessities in partnership with the Lebanese Red Cross, they discovered a school that had been badly damaged in the blast. The school was unable to welcome the 400 children who relied on it for their educations.

This spurred Les Amis du Liban to join forces with AMADE and Monaco Aide and Presence to revive the school, founded in 1966 in the Achrafieh district, which teaches kids from kindergarten to 12th grade.

The three associations have set a goal of raising €180,000, the total estimated cost of repairing the school, hiring new staff and paying for the instruction of the school’s most vulnerable students for a three-year period. CFM Indosuez has put them on the road to success by offering €15,000 to start them off.

This current fundraising effort complements a previous drive that amounted to €170,000 worth of household goods, food and basics that have benefitted affected families in the area. Five shipping containers have already been sent and an additional three are poised to go by the end of the month, along with the first emergency arrangements for the school.

Donations to save the school can be made online at the AMADE website: www.amade-mondiale.org or sent by cheque to AMADE, Emergency Operation Lebanon, 4 rue des Iris, 98000 Monaco.