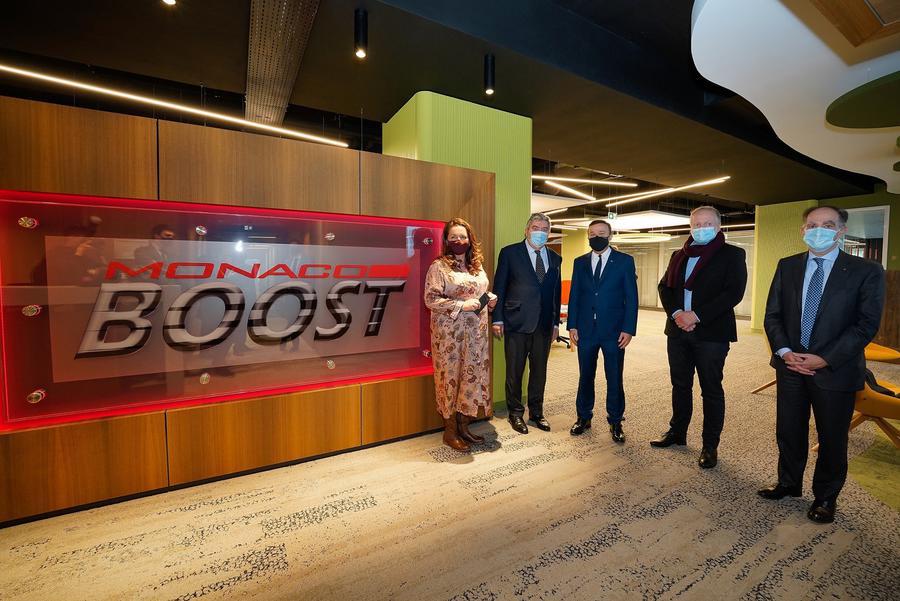 Monaco Boost is set to open its doors in April, but first it needs some businesses to house. So, the call has been put out for Monegasque entrepreneurs to take advantage of the Principality’s new business incubator, reserved exclusively for nationals.
Monaco Boost was launched in early January 2021 by the Prince’s Government, in consultation with the National Council, to accelerate the creation and development of new businesses created by entrepreneurs of Monegasque nationality.
Funded by the State, the incubator is located in the Fontvieille district and covers an area over 1,200 square metres and includes offices, shared workspaces, meeting rooms, a cafeteria and an outdoor terrace.
The aim is to provide not only a company address and work space at significantly reduced costs, but a site where companies can accelerate their growth and develop their contacts, eventually contributing to the Monaco economy.
“With Monaco Boost, and following a vote in the spring of 2020 by the National Council of a bill … to introduce the free domicile of an activity in a residential apartment, Monegasque entrepreneurs now have all the assets to start and develop their business,” said the National Council on its social media networks.
The call for applications is open until 26th February and the first entrepreneurs are expected to move in by April 2021. Monaco Boost can house a total of 108 businesses.
The Allocation Committee will be chaired by the Minister of Finance and Economy and will be comprised of representatives from the National Council, the State Property Authority, the Business Development Agency and the SAM Monaco Boost.
For start-ups who are not Monegasque nationals, the Principality’s first incubator, Monaco Tech, is due to put out its call for applicants by the end of March/early April.