Camara: “You can’t say no to Monaco”

Camara: “You can’t say no to Monaco” 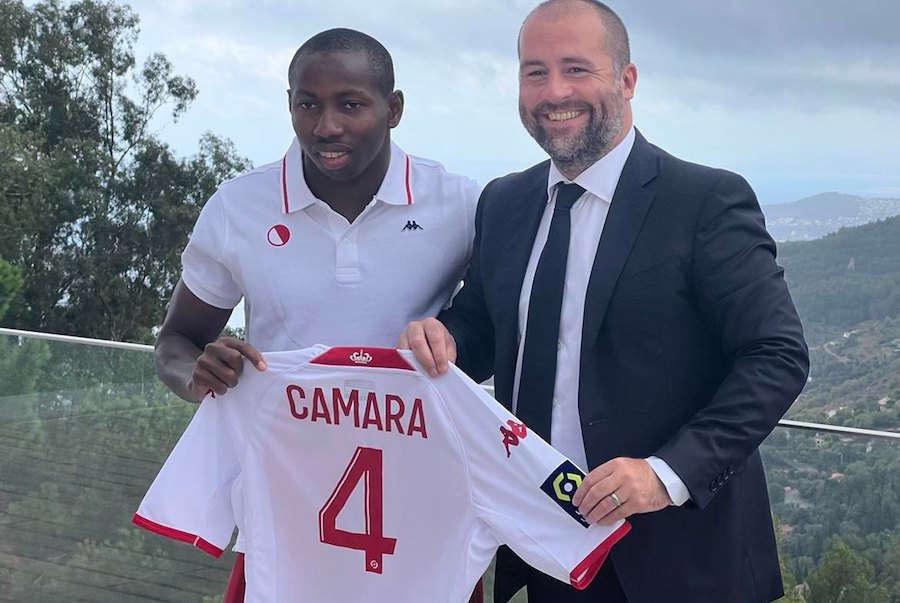 Speaking during his official unveiling as an AS Monaco player on Thursday, Mohamed Camara told the press that he simply couldn’t turn down the chance to join the Principality side.

Camara has joined Philippe Clement’s team for a reported €15 million, signing a five-year deal with the club. His arrival brings an end to Monaco’s protracted search to replace Aurélien Tchouaméni, who left to join Real Madrid at the beginning of the summer transfer window.

However, Camara is looking to avoid comparisons to the man that he is essentially replacing. “I shouldn’t compare myself to Tchouaméni,” the Mali international began. He continued, “He did beautiful things at Monaco. Each player has their own career to manage and I wish him the very best. The most important thing for me is to give everything that I have to the team.”

Questioned on what Camara brings to the team, sporting director Paul Mitchell told Monaco Life, “We’re extremely happy to welcome a player of Mo’s qualities. Even though he’s only 22, the leadership qualities he has as a defensive number six, the presence he has on the football pitch and in the training sessions was an element we wanted to put in midfield. He’s a born leader, a fierce competitor and we want to be fiercely competitive. So, his attributes with the way we like the game played, we feel it’s a perfect match.”

Whilst the club are happy to have brought Camara, a player with Champions League and international experience, to the club, the player revealed his excitement for this new challenge. “You don’t say no to Monaco. It’s one of the biggest clubs in France and renowned in Europe as well. The coach’s words pleased me, as well as the project proposed by the club management. It’s a place to continue my progression. The infrastructure is magnificent, the technical staff are very professional and that pushed me to sign for Monaco.”

His desire to join Monaco remained untarnished despite the club’s failure to reach the Champions League group stages: “That (failure to qualify) didn’t change anything. My decision was already made. I was determined to join Monaco, where the team is of a high quality. It’s up to us to be at 100% and deliver a beautiful Europa League campaign,” said Camara.

Although fans will be keen to take to the field, they may have to wait. Asked about his fitness by Monaco Life, Philippe Clement revealed that Camara won’t yet be ready to play full 90-minute matches, and even touted the possibility of organising in-house friendlies in order to bring him up to speed.

When he does take to the field, he will wear the number four shirt, vacated by Cesc Fabregas. Camara revealed the significance of that number: “My mother died on 4th March 2020, so it is an homage to her.”

Having not featured since June, it may take a few weeks before fans see the best of Camara, but there is no doubt that once fit, he will make his on-pitch presence felt.