Can coral help solve the mystery of childhood cancer? 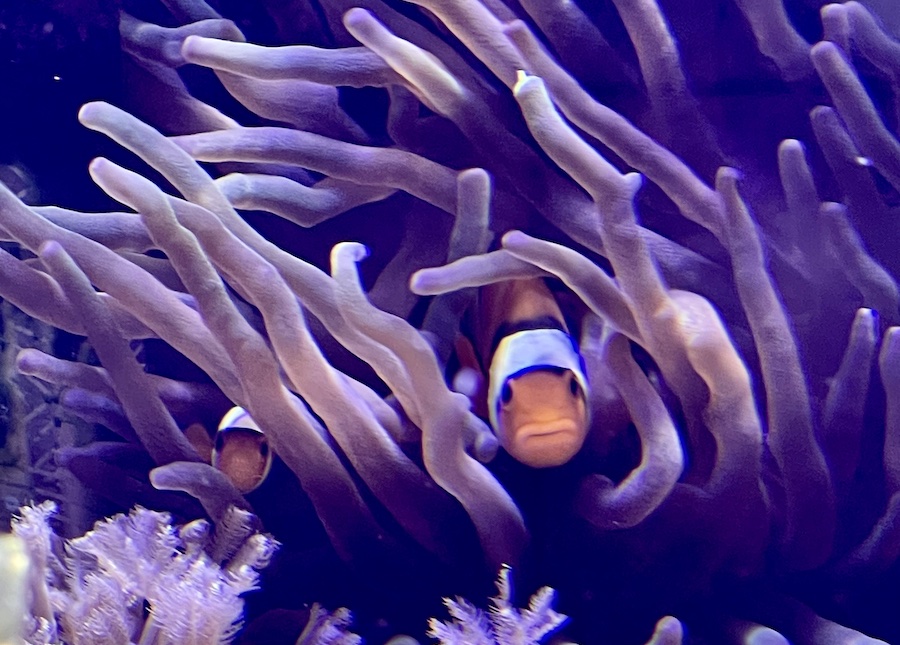 In the laboratories of the Scientific Centre of Monaco on Quai Albert 1er, a group of researchers are studying paediatric cancer. In another section, scientists study cnidarians, otherwise known as corals, medusae and anemones. Extraordinarily, the two have managed to come together to combine their research and potentially unlock the mystery of how and why brain cancers emerge in children.

Dr Vincent Picco is the head of the paediatric cancer research team at the Scientific Centre of Monaco (CSM). In a sun-filled lab with large windows that capture the post-card images of Port Hercule and Monte-Carlo, white-coat researchers work methodically with test tubes. Dr Picco tells me the purpose behind his team’s work.

“The causes of cancer in children are extremely different from adults, because kids have not been smoking and drinking most of their lives, for example,” says Dr Picco. “Our main hypothesis is that during embryogenesis, certain cells that should become neurons or cells that make up the brain remain abnormally locked in an embryonic state.”

The survival rate for paediatric cancers has doubled over the past 30 years, says Dr Picco encouragingly, but not because the treatment has been particularly innovative.

“The chemotherapies used have been around for ever,” he explains. “It is the way they are being used that has improved to increase the survival rate of the patients. But while survival has improved, it has come with very debilitating consequences. One of our main goals is to develop therapies that are more specific towards paediatric cancers, to reduce these secondary effects of treatment and give a better quality of life to the patients, during and after treatment.

“If we understand how and why a cancer emerges, we might be able to design a therapy that is best suited to that cancer.”

In another section of the Scientific Centre, I am introduced to Dr François Seneca, a senior scientist working with cnidarians. He shows me inside a tiny room with a very small fish tank filled with little anemone.

“Here in the lab, we study the innate immune response of aiptasia sea anemone,” he explains. “We are using this species because its genome has been sequenced and it gives us extra information that we can use to study in detail what genes are expressed or regulated during certain conditions, so how the animal defends itself when it’s attacked by a pathogen. The pathogen in this case is vibrio parahaemolyticus, a bacteria that is found in the ocean and, when ingested by humans, causes gastrointestinal illness, more commonly known as seafood poisoning.”

Amidst the complicated scientific terms, I ask how these little ocean-dwelling creatures could possibly help unlock the story behind childhood cancer.

“The really interesting question that we want to address here at the CSM is, ‘What are the mechanisms in corals and anemones that prevent the animal from catching disease’,” he says. “We don’t see tumours developing out of the blue on coral tissues so we think there must be some mechanisms that prevent that from happening. If we can get our head around that, then we can potentially help the biomedical field.”

Cnidarians are indeed fascinating little creatures. Some have a lifespan of around 4,000 years, longer than any other animal that lives in the ocean. When a cnidarian gets damaged, it can regenerate a body part, making them practically immortal. Dr Seneca says he can cut a single sea anemone into a number of pieces, and each will continue to grow and thrive.

“These animals have been through a huge amount of stress due to different environmental changes throughout their lives – excessive energy from sunlight, pollutants, etc., and yet they are still able to survive,” says Dr Seneca.

“We think of coral as being fragile because of what’s happening with climate change and what you see in the news about the Great Barrier Reef in Australia. But at the same time, there’s an inherent resilience in corals. They have been on earth and evolving for over 500 million years. They have the tools, the solutions, to propagate and survive if you give them the chance.”

Dr François Seneca, a Monegasque native, began his research career in Australia with a PHD at James Cook University. It was the first lab in the world to apply new sequencing technology to corals.

“What happened when we started sequencing more and more species of coral is that we discovered how rich they were with gene families and how similar they were from classical models like mice, rats and dogs, all the way to humans,” says Dr Seneca. “Then we discovered that there were genes in corals and anemones that we couldn’t find in classical models. It was incredible, because it had the potential to fill the gaps and present new information to the big picture.”

What also makes cnidarians an exciting research species, says cancer specialist Dr Vincent Picco, is their simple nervous system that is composed of a network of neurons as opposed to a vertebrae nervous system, as in humans. Scientists actually believe that it was probably within this cnidarian group or closely-related ancestory that the nervous system first evolved.

“The simplicity of the animal is very important,” says Dr Picco. “Our aim is to try to simulate paediatric brain cancer in a very simple animal to be able to understand why and how it happens in humans.”

Thanks to innovative sequencing technology, a growing number of laboratories around the world are now starting to use cnidarians to better understand vertebrae, or human biology.

“What we know today is that humans are incredibly complex, and this complexity is what makes us who we are, but it is also tricky to completely understand,” adds Dr Seneca. “So, by looking at an animal that is simpler and has genes that are similar to humans, it can help us decipher that complexity that we see in humans, knowing which genes were there at the time of our ancestors, and diversified and built that complexity that we see today.”

Botanists and chemists have long prospected in tropical forests and other terrestrial ecosystems for unusual substances to meet human needs. But the world’s oceans, which may contain as many as two million as yet undiscovered species, have remained largely untapped.

Using the innate immunity of cnidarians to understand the emergence and treatment of cancer is a growing field. Some cnidarian toxins have already been used for the design of immunotoxins to treat the disease.

“I think that all answers are in nature,” says Dr Seneca. “In the field of biomimicry, if we really want to make huge discoveries and apply them quickly, we have to go back to the solutions that nature itself has created.”

The problem, however, is imitating these solutions on a large scale.

Dr Picco points to a company called Coral Biome in Marseille that isolated a compound called palytoxin in a particular soft coral, an extremely poisonous substance that is 1,000,000 times more toxic to cancer cells than to healthy cells. Research shows that it is highly effective at targeting in vitro liquid cancers like leukaemia, or solid cancers including brain, lung, prostate and breast cancers.

“But it was not possible to synthesise this compound,” explains Dr Picco. “In order to drive that compound to the clinics they would have to cultivate corals at a large scale and extract it from the animals, and these steps made the project impossible in the end. So, despite a very promising effect of the compound against cancer, they could not reach an industrial and clinical level.”

The paediatric cancer team at the CSM are not at that stage in their research. First, they want to answer the fundamental question of how and why brain cancers develop in children. “We hope to follow that with more pre-clinical, advanced studies based on the basic research and models that we are developing here in the lab, building on the extremely original way we are inducing cancers to model.”

The CSM teams shared their exciting research project at the 15th Monegasque Biennial of Oncology (Biennale Monegasque de Cancerlogie), co-organised by the Scientific Centre of Monaco (CSM) and the Princess Grace Hospital Centre in late January. It was an opportunity for 1,200 professors, doctors, researchers and students to share knowledge and create collaborations with the aim of fighting the leading cause of death for men, and the second cause of death for women.

In the seaside laboratories of the CSM, in the tiny Principality of Monaco, researchers have forged their own alliance, combining two very different fields – anemone gene sequencing and paediatric brain tumours – that will hopefully one day change the lives of these young patients, and help prove that the answers to the modern medical world can indeed be found within the sea.

Business & Finance Cassandra Tanti - July 8, 2020
The government is hoping to lure visitors back to the Principality with its new ‘Monaco Safe’ label, a guarantee that businesses are following strict health measures.