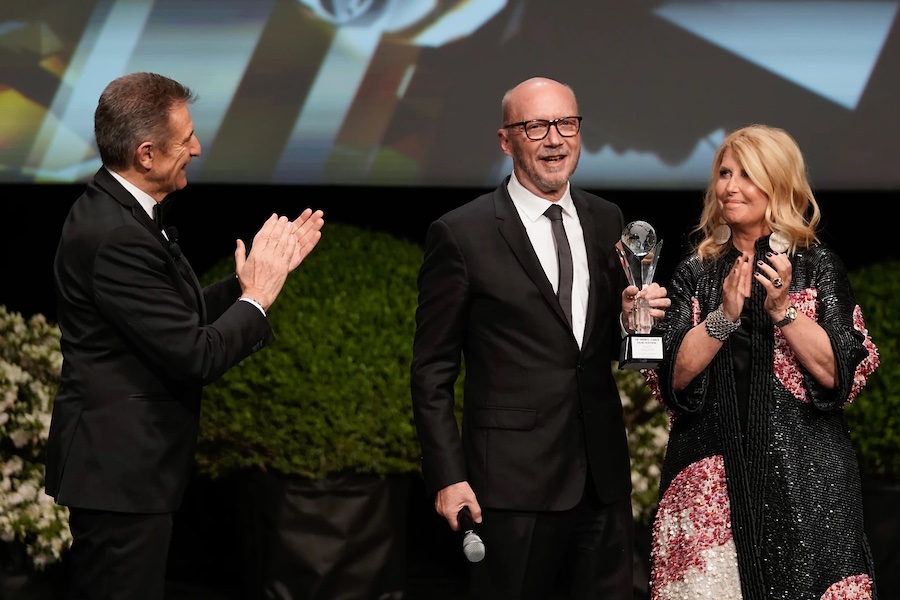 The 19th Monte-Carlo Comedy Film Festival was deemed an “enormous success”, with awards being handed out to the best of the best in the industry and ending with a gala evening worthy of the stars.

Glamour, as well as laughs, abounded at the 19th Monte-Carlo Comedy Film Festival, held from 25th to 30th April at the Grimaldi Forum.

Founder and creator Ezio Greggio officially opened the event with the inspirational and aspirational words “This Monte-Carlo Film Festival brings laughter, hope and a message of peace to the world”.

The annual festival, held under the patronage of Prince Albert II and the Italian Embassy, showcases a variety of films with one basic requirement: that they make people laugh. Comedy, an often overlooked genre at other film festivals, is front and centre at this event, giving it a light-hearted flare whilst still having the structure and prestige of a “regular” festival.

The festival presents a main feature-length competition, out of competition premieres, master classes, press conferences, round tables and an award ceremony gala event which is held in front of 2,000 guests.

This year’s jury was composed of President Paul Haggis, Tom Leeb, Clara Ponsot, and Pierpaolo Spollon, who had the difficult task of selecting the best from each given category. In the end, Best Picture went to Canadian film Babysitter, which also nabbed the Best Actor award for Steve Laplante.

Odd-Magnus Williamson took home the prize for Best Screenwriter for the film Nothing to Laugh About and the Audience Award went to Italian film A Breath of Air directed by Alessio Lauria.

The Best Comedy Short went to Kenyan film A Guide to Dining Out in Nairobi directed by Hugh Milton.

A Movie Legend Award was also presented at the award gala event to Stefania Sandrelli, the Italian actress who has over a hundred credits to her name and is considered a national treasure in her native country alongside Jury President Paul Haggis, director of Million Dollar Baby, who was also given the honour.

Finally, rising stars of Italian cinema Ludovica Martino and Lorenzo Zurzolo received the Special Next Generation Award for best performers under the age of 30.