Casiraghi gets “emotional” during Monaco shoot

Casiraghi gets “emotional” during Monaco shoot 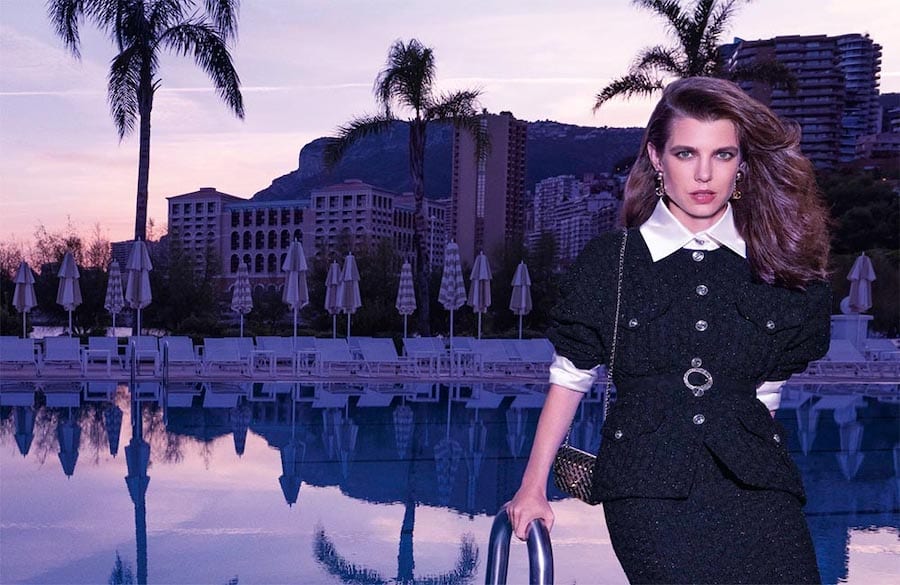 Monaco features as the backdrop for Charlotte Casiraghi’s first advertisement with French fashion house Chanel, but that’s not the only reason why the photoshoot pulled at her heart strings.
Princess Caroline’s 34-year-old daughter, Charlotte Casiraghi, was practically born in Chanel. Her mother was a long-time friend and muse of the iconic fashion house’s late creative director Karl Lagerfeld, and Casiraghi grew up front and centre at Chanel’s shows.
Now, she is the company’s brand ambassador for 2021 and, appropriately, their latest campaign was shot on her home turf in Monaco. The beauty was captured on film for the Chanel Spring 2021 campaign by photographers Vinoodh Matadin and Inez van Lamsweerde at Villa La Vigie in Roquebrune-Cap-Martin.
La Vigie isn’t just any old house. Lagerfeld lived many happy years there and it was a place that Casiraghi grew up visiting regularly, giving it a comforting air of familiarity.
“It was so pleasing to wear the collection for the shoot, and I got very emotional doing it at La Vigie, a house on a hill overlooking Monaco, which is full of history for me, as it’s Karl’s old house,” said Charlotte Casiraghi.


The collection shows her in a red jumper paired with sequined black trousers set against a night time scene; a short-sleeved skirt suit reminiscent of the 1940’s with a city backdrop; a gamine pink and white striped dress near a pool; and a thoroughly modern black leather-look mini dress on a sun-drenched terrace, to name a few.
Charlotte Casiraghi will also join forces with Virginie Viard, Chanel’s now creative director, to host literary salons called Literary Gatherings on Rue Cambon. These meetings are meant to be “a project perpetuating Gabrielle Chanel and Karl Lagerfeld’s unconditional love of literature,” according to Chanel press release.