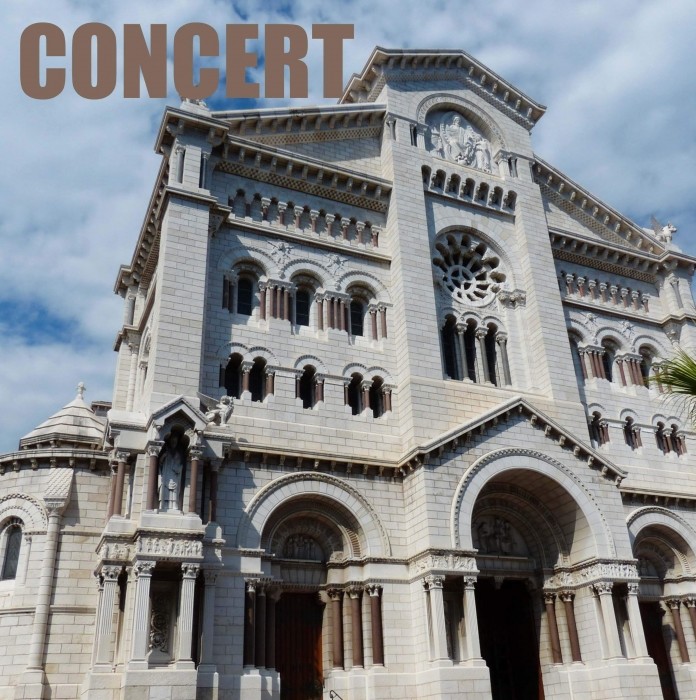 A special concert is being held in the Cathedral of Monaco to recognise the important contribution that the Rotary Club of Monaco made last year to the Rainier III Academy.

Last November, the Rotary Club of Monaco made a significant donation to the academy, which allowed it to finance the purchase of five video projectors. The director of the Academy, Christian Tourniaire, together with Karyn Ardisson Salopek, Deputy Mayor and Delegate at the Academy, wanted to organise a large concert in the Cathedral on Tuesday 7th May at 7pm to thank their generous donor.

Students of the International Professional Formation of Choir Artists (FIPAC) of Monaco, under the guidance of their teacher Marie-Anne Losco, will open the evening before giving way to the organ students of Olivier Vernet, holder of the great organ of the Cathedral of Monaco. In closing, a program of soundtracks will be played by the Aerophonics ensemble,  directed by Ludovic Tallarico.

The number of foreign tourists visiting France has fallen by seven percent since the start of the year, and the French government is blaming factors other than terrorism.

Jean-Marc Ayrault, Foreign Minister, will be hosting a summit in September to address the issues, which include bad weather and strikes, he said.

In a report released Tuesday by the Regional Tourism Committee, the number of visitors to Paris “from other parts of France and foreign countries” in the first six months of the year fell by 1 million to 14.9 million compared with the same period last year.

The terror attacks, particularly the atrocity in Nice on July 14, had the most impact on wealthier tourists and visitors from Asia, the minister added. A sum of €1 million had already been allocated to promote tourism nationally after last year’s terror attacks in Paris, and now an additional €500,000 has been designated to the PACA region by the central government following the Bastille Day attack that caused the deaths of 85 people, including several tourists.

Local News Cassandra Tanti - October 26, 2020
The National Council revealed on Monday that its President, Stéphane Valeri, has tested positive for the coronavirus.