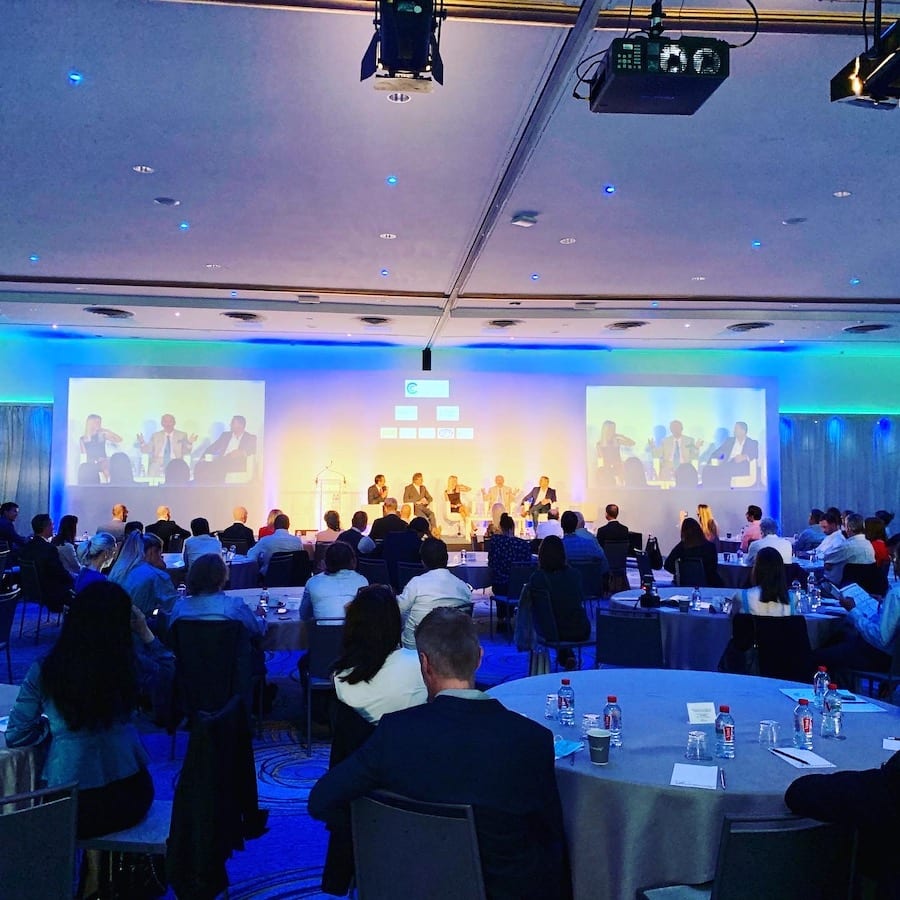 CC Forum, the first major conference to be held in Monaco since the Covid health crisis began, has put sustainable investment at the forefront of discussions while proving that conferences can still go ahead safely in the Principality.
The first edition of CC Forum Monaco was held on Thursday 24th and Friday 25th September at the Fairmont Hotel under the theme of investment in sustainable development. It followed three successful forums in London and was supported by Prince Albert II of Monaco.
“The Monegasque edition of CC Forum was a tremendous success,” Max Studennikoff, Chairman and Founder of CC Forum, told Monaco Life. “We have proven to the world that the live format of conferences can be a success even under Covid circumstances. It was particularly important to hold a live edition totally dedicated to sustainability in the context of the current health and economic crises.”
The event attracted more than 500 participants and featured a diverse array of speakers including HRH Queen Diambi Kabatusuila Tshiyoyo Muata of the Democratic Republic of Congo, “The Steve Jobs of sustainability” Gunter Pauli, and billionaire Per Wimmer, who is scheduled to fly to the moon in 2021 with Sir Richard Branson.


Among the topics discussed were ‘Biodiversity: the next frontier in financial risk management’, ‘Sustainable investment in start-ups’, and ‘Rethinking the global paradigm: What are the ways of averting the disaster?’.
It was the first major conference hosted in Monaco since the Covid-19 health crisis hit.
“We were seriously thinking about postponing the event and going for a webinar format,” revealed the forum’s founder, “and even one week before our scheduled dates it was not at all certain if we were going ahead.”
In the days leading up to the forum, some high-profile speakers were forced to pull out of the event, including His Eminence Cardinal Turkson, the head of sustainability and human development at the Vatican.
But the forum still managed to go ahead, in accordance with the Monaco government’s strict health measures.
“Yes, there were challenges, but we overcame them,” said Mr Studennikoff.
The conference culminated in a black-tie gala on Friday night at the Monte-Carlo Sporting, during which Maestro Placido Domingo was awarded for his lifelong support of the victims of natural disasters.

“The world of music, often experienced only as entertainment, in recent months has instead demonstrated an enormous ability to raise awareness and to comfort people,” said Maestro Domingo, who also performed during the gala. “I am convinced that we all have a duty to preserve the world we live in, especially for future generations, because our health coincides with that of our planet.”
Stanley Johnson, the father of UK Prime Minister Boris Johnson, was awarded for a lifetime of environmental campaigning, although he was unable to make the ceremony.
Julian Lennon was also rewarded for his philanthropic work through his White Feather Foundation, which helps raise funds for various projects dedicated to the betterment of life for all.

“Recently, I had the pleasure of executive producing an important film about soil regeneration called ‘Kiss the ground’ now available to view on Netflix, which offers a tangible and feasible solution to a catastrophic problem,” Julian Lennon told Monaco Life. “It is through projects like this that my hope is renewed and that our future in the natural world can be saved.”
“A highlight for me was HSH Prince Albert, CC Forum’s patron, attending the champagne reception at the black-tie gala,” said Max Studennikoff. “The Prince was very pleased with the success of the conference, which helped the Principality further enhance its reputation as one of the global centres of sustainability. We even briefly discussed the possibility of organising a Monaco Sustainability Week next year when the pandemic hopefully subsides.”

Another highlight of the evening was the unveiling of the D12 hybrid supercar by historic French carmaker Delage. Only 30 models of the futuristic-looking vehicle will be sold from the year 2022 for a price tag of €2 million.
The next edition of CC Forum will be held in the Middle East and its founder is confident the event will become a regular on Monaco’s calendar.
“Given the sheer amount of interest in our Monegasque edition and the warm welcome, it is safe to assume that Monaco will be another annual event on an equal footing with London,” said Mr Studennikoff. “Overall, I humbly believe that we have achieved our mission: alerting the investors’ community to the fact that urgent action needs to be taken in order to preserve the planet as we know it today for future generations. We should innovate responsibly and invest sustainably.”