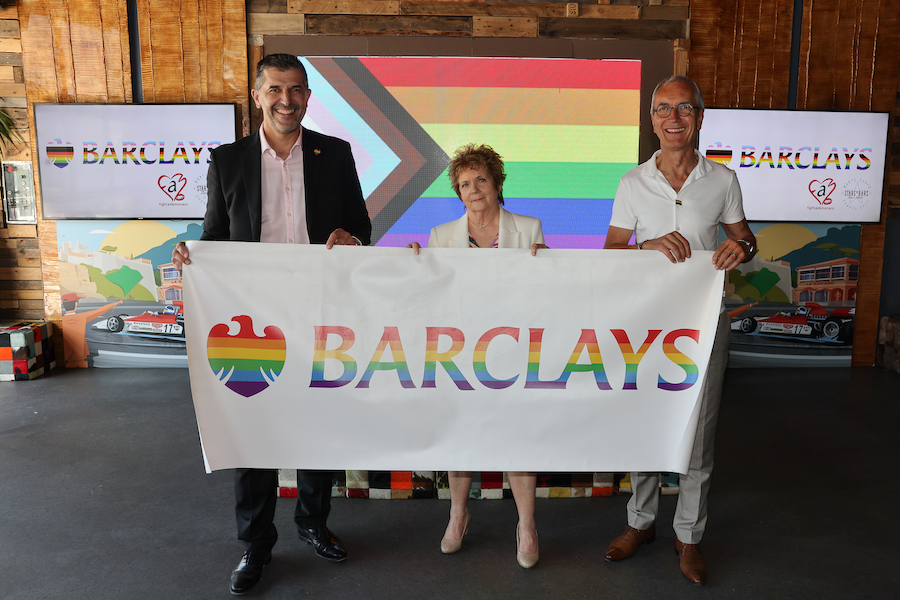 A unique and unexpected combination of forces, Barclays Bank, Fight AIDS Monaco and Stars’N’Bars, joined together last week to celebrate inclusion and diversity in honour of Pride month.

Pride month, June in the United States, marks the commemoration of the Stonewall Riots, the 1969 event that is considered the catalyst for the modern LGBT rights movement.

In the early hours of 28th June 1969, police raided the Stonewall Inn, a gay club, in New York City’s Greenwich village, arresting patrons and employees. This sparked a series of protests and violent clashes with the law that lasted six days. Stonewall is credited as being a major turning point for the gay rights movement, leading to a slow but steady trickle of new legislation and societal change.

In solidarity with the LGBTQIA+ community in Monaco, Barclays Private Bank, Fight AIDS Monaco and Stars’N’Bars banded together for a special event on the Startdeck of Stars’N’Bars on 2nd June to celebrate sexual and gender diversity.

The event drew a crowd of roughly 80 people, many sporting the rainbow colours of the Pride movement, a symbol created in 1978 by artist and late drag performer Gilbert Baker.

Barclays has, through initiatives and employee networking, become an inclusive and welcoming workplace for all people. Their efforts have led to nominations from organisations such as Stonewall and Human Rights Campaign.

Additionally, Fight AIDS Monaco, headed up by Princess Stephanie, has been around since 2004 as a place that condemns all forms of inequality, discrimination and violence against people living with HIV.

With the motto “Do what you love, love what you do. Make a difference”, Stars’N’Bars, the USA-themed restaurant that has been a mainstay of the Port of Monaco for nearly three decades, has been committed to ensuring that anyone who comes through the doors is treated with kindness, respect and tolerance.

Pride month, which officially turns 50 this year, is celebrated around the globe in many ways ranging from the solemn to the carnivalesque.