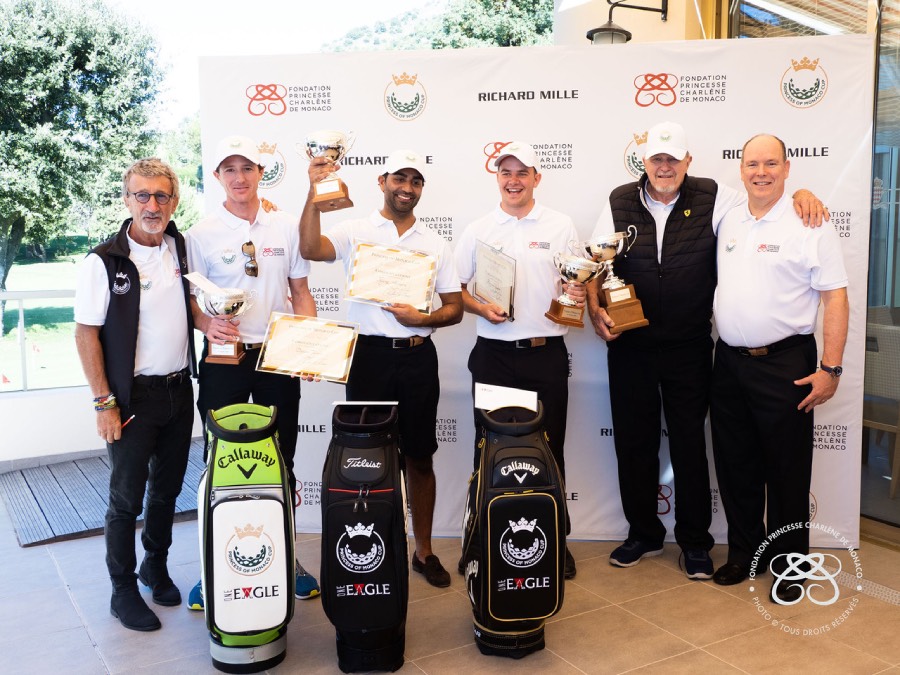 The Powers Properties team has taken out top spot on the podium at this year’s Princess of Monaco Cup. Held at the Monte Carlo Golf Club, the celebrity event raises funds for the Princess Charlene of Monaco Foundation.

The event was held on 3rd October in the presence of HSH Prince Albert II and Gareth Wittstock, General Secretary of the Princess Charlene of Monaco Foundation.

The Power Properties team, led by David Tanner (cycling), gained first place on the podium, while the Amalgam and Serenity teams with their leaders Diana Luna (golf) and Juandre Kruger (rugby), respectively reached the second and third position.

In total, there were 18 teams of three players including one celebrity participating in the friendly competition, with its unofficial ‘scramble’ format.

Hosted by Victoria Silvstedt and Eddie Jordan, a draw pairing the athletes to the teams was held on Wednesday 2nd October at the Monaco Yacht Club.

Funds raised during the event will go towards renovation works of the Princesse Charlène de Monaco municipal swimming pool in La Turbie and a swimming program at Awutu-Winton High School in Ghana.