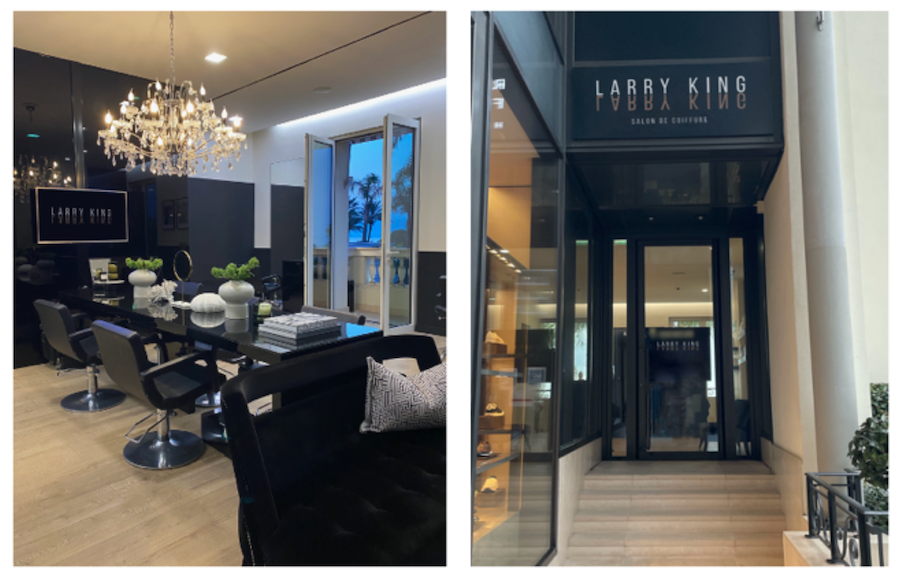 Known as the stylist to the fashion set, music crowd and celebrities, Larry King, alongside his wife Laura, set up their flagship salon in super posh South Kensington, London back in 2017. Since then, they have expanded to include another location in Notting Hill and now, as of 24th May, their first international salon at the Hôtel de Paris here in Monaco.

“This is a huge step for our little brand that we have created,” said Larry and Laura King. “Launching our first international salon on the French Riviera is a dream come true and we can’t wait to see the brand bring the magic from London to Monaco. This is a totally mind-blowing moment for us! Expect a heady mix of London-cool meets French chic.”

The London-based salons are the “it” place to go for A-listers, and it is anticipated that there will be an equally glamorous clientele in the Principality.

“Expect un-intimidating luxury, high vibes, signature cool interiors and the most refreshing hair experience the French Riviera has ever seen,” the salon claims.

King has been a hairdresser since he was 17, and regularly contributes to magazines such as Vogue, GQ, Vanity Fair, and Tatler, in collaboration with world-class fashion photographers such as Alasdair McLellan, Mariano Vivanco, Boy George, and Vogue’s Fashion Director Venetia Scott, as well as working with likes of Jared Leto, Gigi Hadid, Karlie Kloss, The Delevingne Sisters, Chris Hemsworth and Zayn Malik.

Business & Finance Cassandra Tanti - May 11, 2021
Restaurateurs and retailers in Monaco can use the lure of free taxi vouchers to draw in customers under a government-funded scheme that is also designed to support taxi drivers.