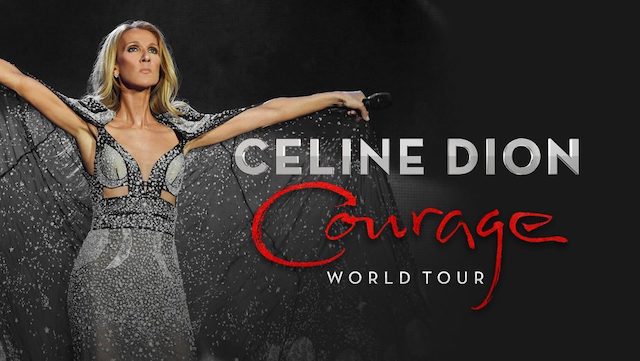 Singing legend Céline Dion has announced the postponement of the European leg of her Courage tour, including a performance set for Monaco this July.
The highly anticipated concert was due to take place in the newly renovated Monte Carlo Casino Square on 18th July.
Organiser Monte-Carlo Société des Bains de Mer confirmed on Friday 24th April that the singer would not be gracing the Principality of Monaco this year.
In announcing the news, Céline Dion said in a statement: “My thoughts and prayers are with all those who have lost loved ones and are severely affected by this devastating pandemic caused by the coronavirus. I know everyone is struggling to adapt to these difficult circumstances, not knowing when things will return to normal.
“Eventually, we will get through … sooner than later, hopefully. I have so much admiration for the medical professionals, the first responders and all those courageous people who do everything they can to take care of us and support us during these hard times.
“I look forward to the day when we can still share our joy of singing and dancing together. At the moment, health and safety is everyone’s top priority … but know that I’m really looking forward to coming back on stage and being with you again.”
Courage was Dion’s first album release since 2016’s Encore un Soir. She previously postponed several concerts on her world tour after falling ill with the common cold.
She did, however, participate in Lady Gaga’s ‘One World: Together at Home’ concert on 18th April, which raised almost €130 million to support health care workers in the fight against the Covid-19 pandemic.
Ticket holders for the 18th July concert are invited to contact the SBM ticket office for reimbursement.