Ceremony of the Vows of the Public Security 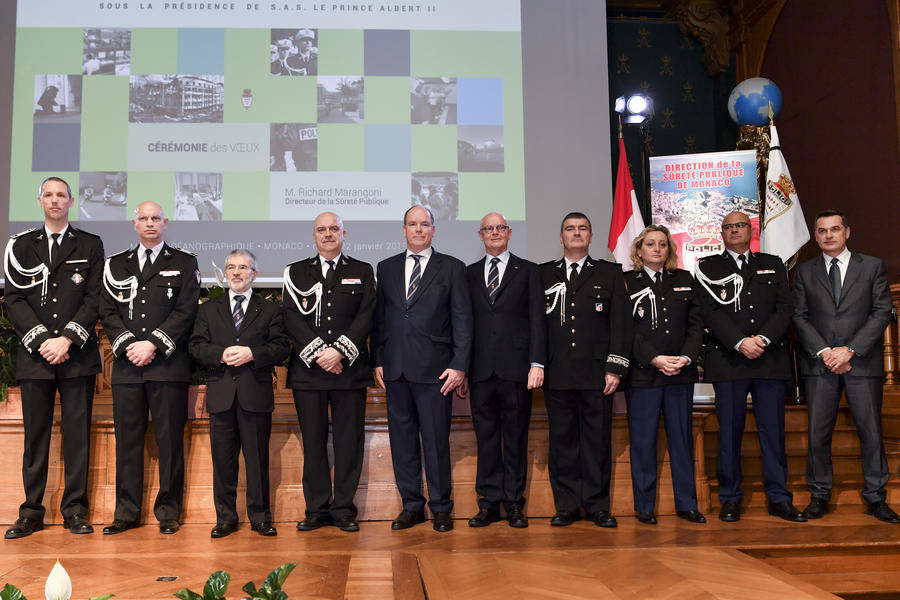 Richard Marangoni, Director of Public Security, presented his greetings in the presence of HSH the Sovereign Prince, the Minister of State Serge Telle, Patrice Cellario, Government Counselor-Minister of the Interior, as well as many personalities, to the occasion of the traditional ceremony held in the Conference Room of the Oceanographic Museum.

The Sovereign Prince began his address by dedicating this ceremony to the memory of Captain Mathieu Launois, recently missing and unanimously appreciated for his human and professional qualities.

He then said: “Mr. Director, you have just mentioned the mobilization of 554 women and men who, within the Public Security, work daily to preserve the security climate that is so important to us and contributes so widely to the reputation of the Principality.

May each of you here be thanked for your commitment. We all know that vigilance must not be relaxed in these tumultuous times, as the drama of Strasbourg’s Christmas market recently so cruelly recalled. I measure, believe it well, the increase of the charges which results for you “.

The Director of Public Security then presented the figures revealing the strengthening of the Administrative Police in 2018, in line with the “Public Security 2020” plan, including:

Local News Cassandra Tanti - December 10, 2020
The UN has accepted a resolution presented by Monaco to have sport recognised as a casualty of Covid, encouraging members states to include sport in their recovery plans.

The future of tourism in Monaco

Business & Finance Cassandra Tanti - December 3, 2021
Guidelines for a sustainable tourism sector in Monaco have been outlined in a new White Paper, developed in consultation with the government and tourism professionals.