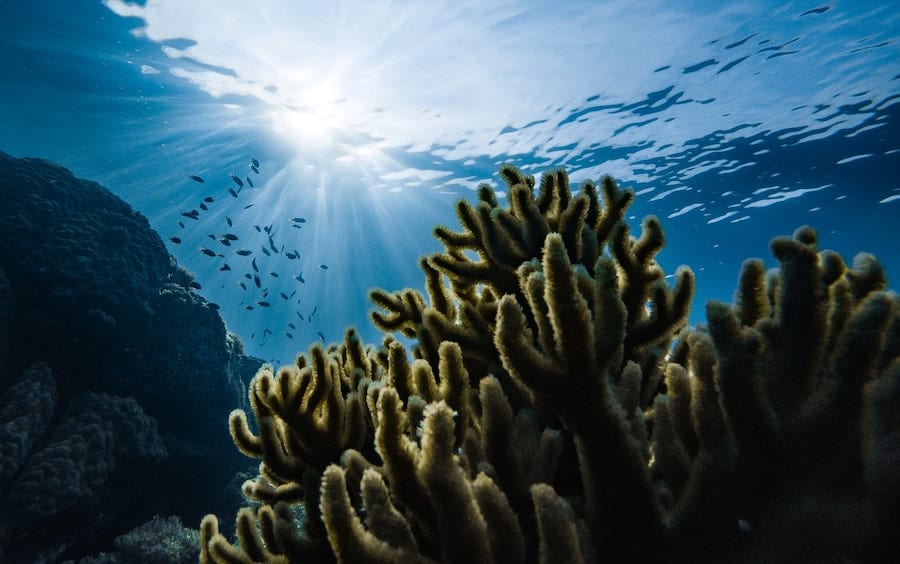 The timeline to protect coral reefs is closing fast, according to a new report written in part by researchers from the Scientific Centre of Monaco, which states that saving coral reefs should be given the same effort and funding as other grand challenges such as landing on the moon.
More than 500 million people depend directly on coral reefs for food production, shoreline protection and livelihoods. These reefs are hot spots, the marine equivalent of tropical forests. However, since the 1980s, they have experienced a significant increase in mass bleaching and mortality events as a result of global warming.
In an article published in the journal Biological Conservation, 21 international experts from seven countries, including two researchers from the Scientific Centre of Monaco, demonstrate that the degradation of coral reefs will continue to escalate, threatening their survival over the course of this century.
“Climate mitigation is the foremost and essential action to prevent coral reef ecosystem collapse,” reads the report. “Without it, reefs will become extremely diminished within the next 20 to 30 years. Even with strong climate mitigation, however, existing conservation measures such as marine protected areas and fisheries management are no longer sufficient to sustain the ecosystem and many additional and innovative actions to increase reef resilience must also be taken.”
Experts assessed the effectiveness and timeliness of 16 proposed measures to save coral reefs. Their analysis shows that the window for action is closing fast and that these measures will need to be part of an organised strategy, requiring strong government support and investments comparable to those applied to other major challenges facing humanity, such as the conquest of the moon.
“It is no longer time for discussion but for action if we want to save the first ecosystem that is in danger of disappearing because of human activities,” say the authors of the report.
They are calling for strong coordination between disciplines and governments, saying that this coordination should ideally take advantage of the many existing organisations and networks such as ICRI, of which the Principality of Monaco is currently vice-president, as well as governmental organisations, NGOs and private institutions that are already partnering to achieve common goals.

Photo by Marek Okon on Unsplash