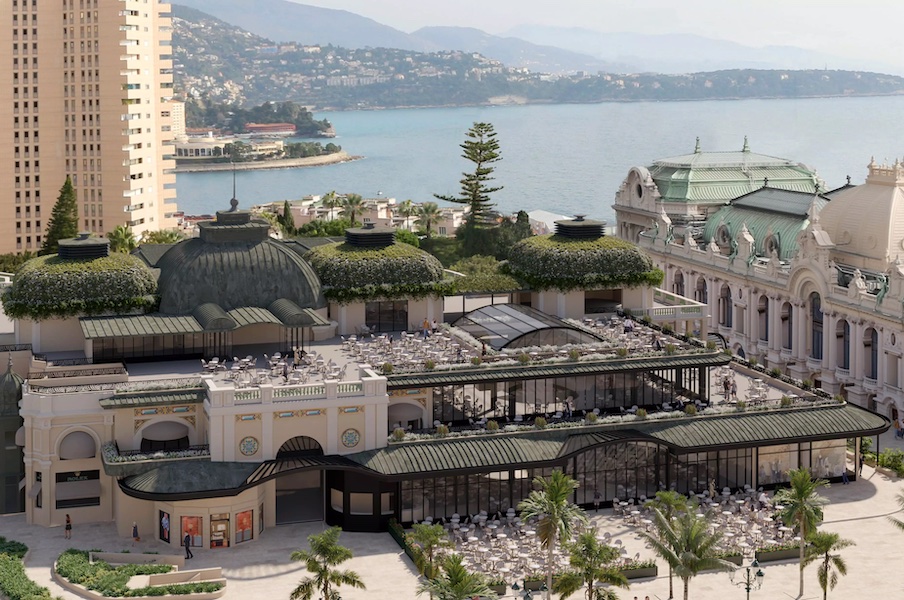 The famed Café de Paris in Place du Casino is perhaps one of the most iconic Monte Carlo institutions. Today it is in the midst of major modernisation works.

When Jean-Luc Biamonti, the head of Société des Bains de Mer (SBM), spoke to reporters earlier this year about the project, he fondly referred to the Café de Paris as “the most beautiful square metreage in the world”.

It is an iconic address in Monaco and a cornerstone of the evolution of the Principality from its humble beginnings into one of the world’s most exclusive destinations; a journey that gained momentum in the 1860s with the development of the Hôtel de Paris and Casino de Monte-Carlo.

The Café de Paris is currently undergoing major renovations that are expected to cost something in the region of 40 million euros.

The historical site is being reimagined, with the creation of a second floor and an awe-inspiring new bar on the ground floor – the “heart of the venue”. The new space will allow the establishment to host some 300 guests inside and an additional 200 on the terrace from breakfast to late into the evening.

But despite the physical changes, the glass-fronted brasserie will retain all of its soul and signature elements, from the classic French menu – think foie gras, andouillettes and tartare – to the stained-glass zodiac windows.

“As we were planning, we constantly kept in mind the venue’s past, while also looking forward to the future. A real exercise in style! [Much] more than a straight-forward renovation,” says the brasserie’s manager, Éric Gorjux.

Works are due to wrap up in time for the peak summer season 2023, but patrons hoping to sample the delights of the Café de Paris only have to walk across the famous square to the Hôtel de Paris, where chef Franck Lafon has set up in the Salle Empire until he gets his brand-new kitchen back next year.