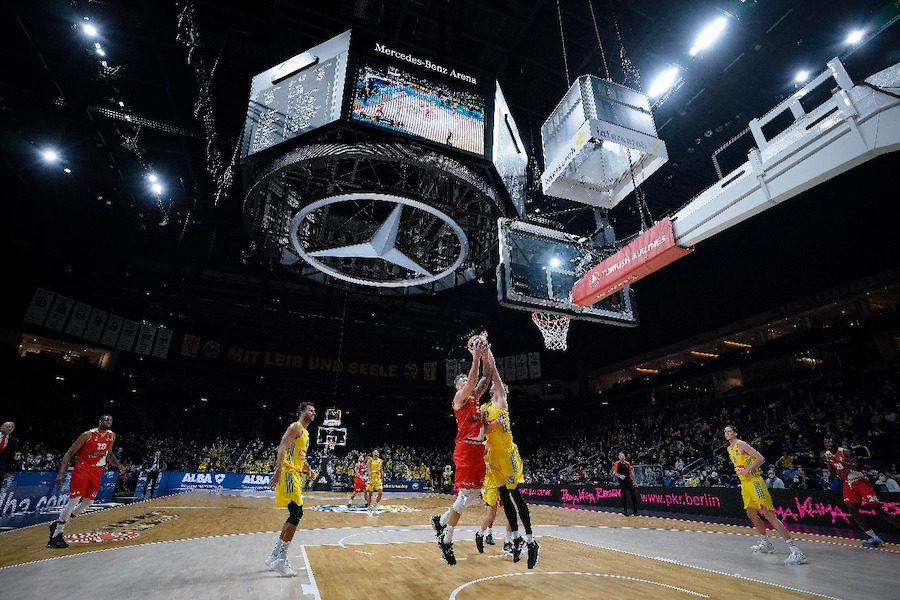 AS Monaco Basketball succumbed to their third consecutive defeat at the hands of ALBA Berlin on Wednesday, further denting the side’s dwindling playoff aspirations.

Impressive personal performances from Donatas Motiejunas, who was once again formidable within the key, and Mike James, scorer of 25 points on the night, weren’t enough to see Monaco to victory.

It means that Sasa Obradovic has only registered one victory since his return as coach. Having made a triumphant return with a victory in his opening match, they have proceeded to lose three on the bounce.

The latest defeat in the Euroleague leaves the side languishing in a lowly 14th place, with the chances of securing a playoff position quickly diminishing.

The game started evenly in Berlin, Motiejunas in particular was formidable, allowing Monaco to race into an 0-8 lead. This was, however, quickly overturned, and Berlin finished the first quarter with a slender lead.

Going into the break behind, Monaco’s efforts at getting back into the contest were in vain. Berlin’s stubborn defensive efforts continued to frustrate the Principality side, although James did find some joy, especially within the key.

Berlin’s game management was excellent, gradually increasing their lead throughout the fixture, being proactive in preventing opportunities for the opposition, and showing a cutting edge in attack that was ultimately unmatched.

Monaco decreased the deficit in the final quarter, but Berlin ran out comfortable winners, the Germans masterfully keeping the Roca team at arm’s length all night.

Post-match Obradovic reflected on the recent upheaval at the club, and how that has affected on-court displays. “For sure, changing managers is never easy. You sometimes need some to adapt to new ideas, maybe a new philosophy, a new way of playing.”

Despite that, Obradovic believes that his side are heading in the right direction. “I could see some improvements today… We suffered in the end because of little things.”

Obradovic has the chance to quickly turn things around, as the games continue to come thick and fast. The Roca team next faces a trip to Fos-sur-Mer on Boxing Day. 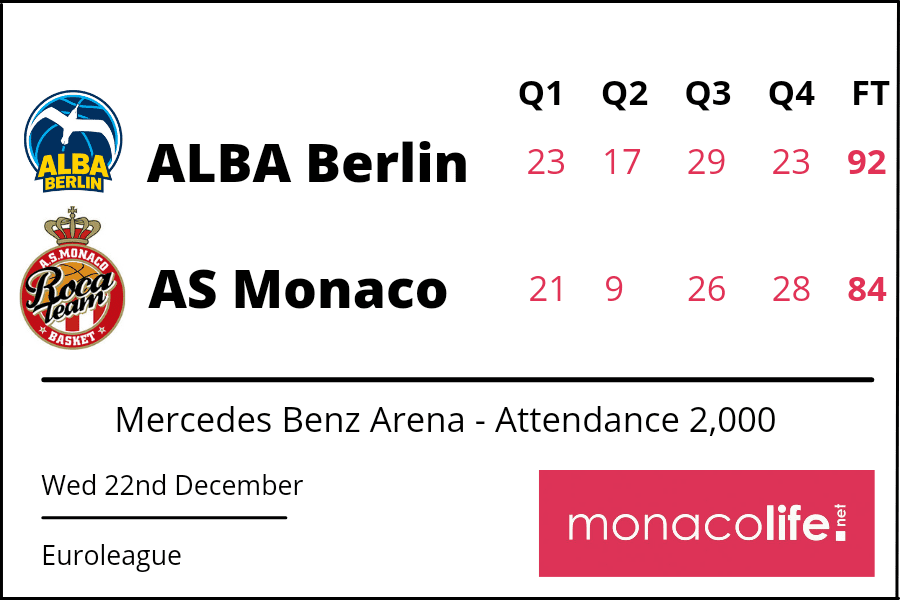 Lifestyle & Wellbeing Stephanie Horsman - May 5, 2021
Philanthropist couple Angela and Jean Garavagno have presented the Princess Grace Hospital with a cheque of €2 million.

Photo: Flickr greensefa[/caption] The number of asylum applications in France has increased by 17 percent in 2017 compared to 2016, putting more pressure on the asylum system than had been expected. The figure does not include tens of thousands of claimants who come under the Dublin agreements, that is, who have been returned to France where a first application was made. According to Pascal Brice, Director of the French Office for the Protection of Refugees and Stateless Persons (OFPRA), the number of official asylum seekers is at a historic high, passing the 100,000 threshold for the first time. Of the total of 100,412 requests, the largest group by first application was not from those directly displaced by war or famine, but those who first registered in Albania. However, since Albania is considered a country of "safe origin", OFPRA has granted protection only to 6.5 percent of those applicants. Afghanistan represented 5,987 claims, while Haiti took third place with 4,934 applications.