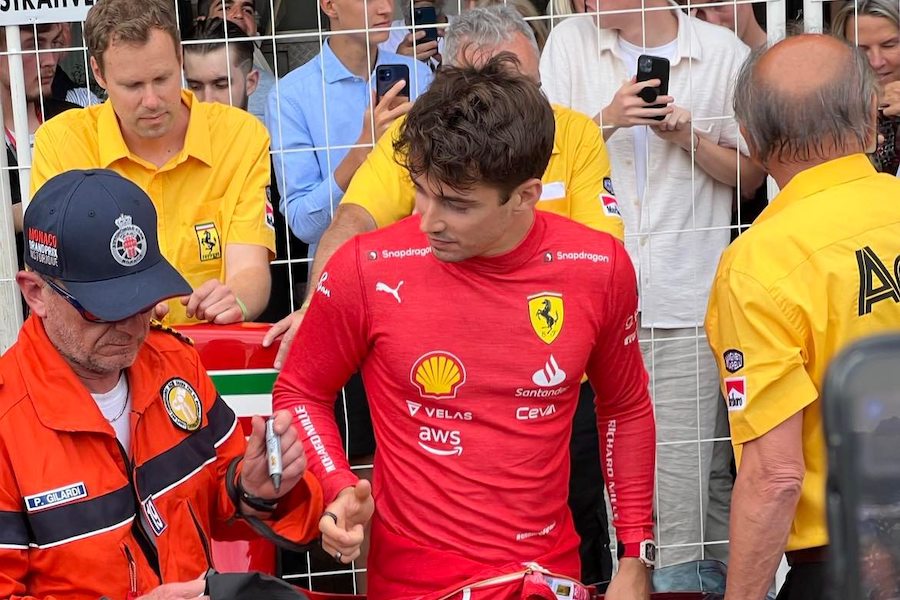 The past and the present collided quite literally at the Historic GP on Sunday, as Charles Leclerc put Niki Lauda’s iconic 1974 Ferrari into the barriers at Rascasse during an exhibition lap.

Leclerc entered Lauda’s iconic Ferrari 312 B3 all smiles on what was meant to be a light-hearted exhibition of the single-seater. But he left the cockpit looking rather sheepish, telling former Ferrari driver and Lauda rival, Jacky Ickx, that “I lost the brakes. I broke, the pedal was hard and then it went straight down the board.”

Leclerc was forced to stop on-track, the stricken Ferrari was wheeled back to the paddock, before the damage was assessed. The car looked mainly intact, but for the broken rear-wing. “I think if that had happened somewhere else on the track it wouldn’t have been good,” added Ferrari’s Monégasque driver.

Leclerc crashed at his home grand prix last year during qualifying. He was meant to start on pole, but the damage sustained during Saturday’s session ruled him out of the race. The latest crash on his home streets won’t do his confidence any good with the Monaco GP just two weeks away.

Elsewhere, the action was competitive and enthralling on a beautiful day in Monaco. Leclerc wasn’t the only one to get a little too acquainted with the barriers, with crashes in many of Sunday’s races. Although the Historic GP is largely an exhibition event, acting as a nexus between the past and the present, racers are still pushing to, and sometimes just over, the limit.

The roaring sounds of a whole variety of iconic cars of the past, largely single-seaters, reverberated around the streets of Monte-Carlo. For the first time ever during this 13th edition of the event, a more recent generation of F1 cars were on display.

In the final race of the weekend, the final versions of the iconic Ford Cosworth DFV V8 engine took to the Monte-Carlo circuit for the first time since 1985, back when Alain Prost was king of these streets and a young Ayrton Senna was only just bursting onto the scene.

A lot has changed since; the Monte-Carlo Formula E race provided a glimpse into the future only a couple of weeks ago, whilst the F1 cars of the modern-day, genomically linked, but scarcely recognisable to their ancestors from the mid-to-late 20th century will take to the streets in two weeks’ time. Whilst the future is forever in motion, the Historic GP once again provided a moment of recognition and appreciation not only of Monaco’s rich motorsporting heritage, but of motorsporting history in its entirety. 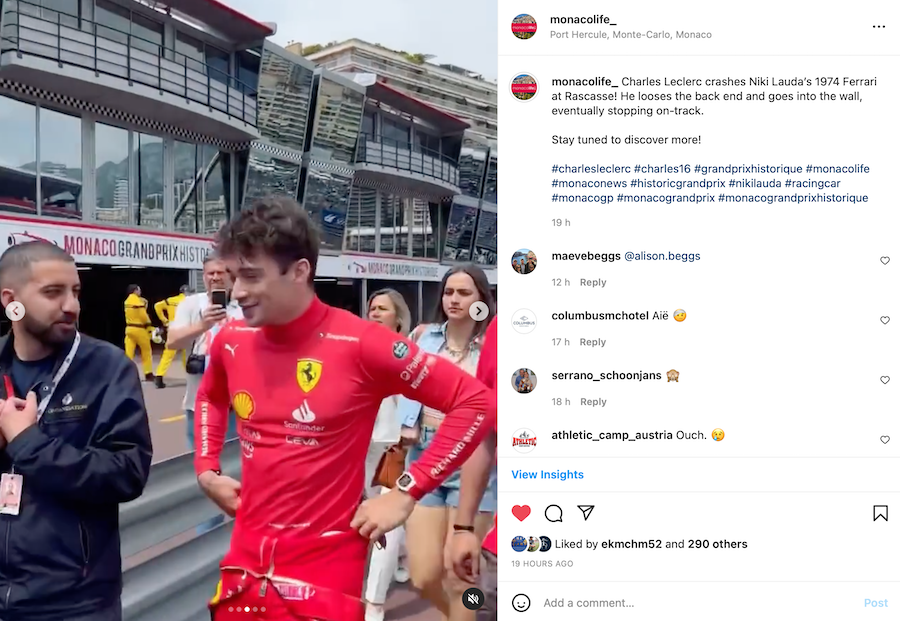