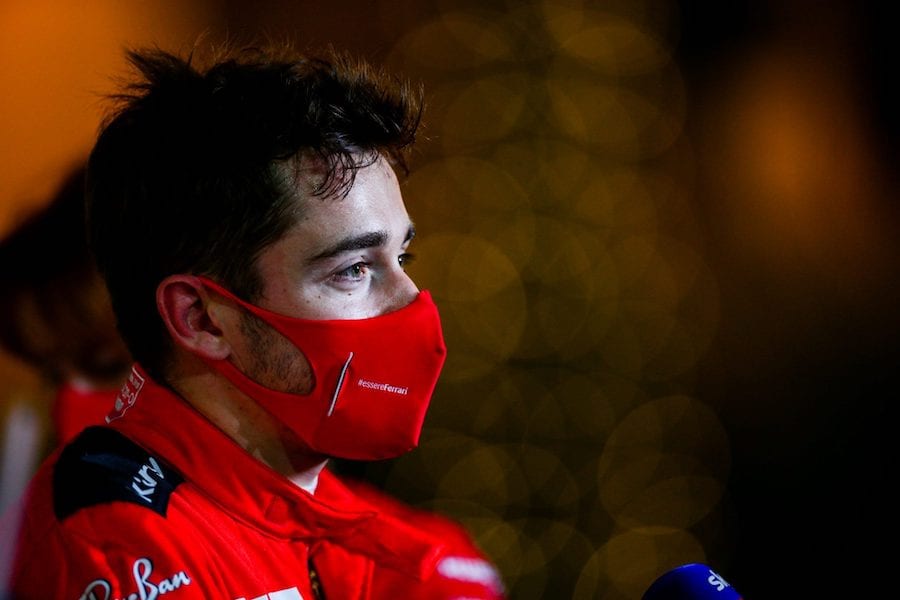 Monegasque Formula One driver Charles Leclerc says he is suffering only mild symptoms after contracting Covid-19 and is in self-quarantine at his home in the Principality.
Team Ferrari’s rising star revealed in a Tweet on Thursday that he has tested positive for Covid, saying: “I hope you are all staying safe. I want to let you know that I have tested positive for Covid-19. I am regularly checked according to my team’s protocols. Unfortunately I learned that I have been in contact with a positive case and immediately went into self-isolation, notifying anyone I had contact with. A subsequent test I took has come back positive. I am feeling OK and have mild symptoms. I will remain in isolation in my home in Monaco in compliance with the regulations set by the local health authorities. Stay safe and take care.”
The 23-year-old is the fifth Formula One driver to have tested positive. Lance Stroll, Lewis Hamilton and Sergio Perez all missed races last season due to the virus, and Lando Norris is currently self-isolating in Dubai after learning of a recent positive test result.
Ferrari has assured the public that Leclerc has followed protocol, saying: “Charles notified us immediately and has informed everyone he has been in close contact with in the last few days.”
The news of Charles Leclerc’s positive test comes the same week as Formula One announced its 2021 season schedule, including the postponement of the Australian and Chinese Grand Prix races. The Melbourne opener has been moved from March to November, making Bahrain the season opener on 28th March.