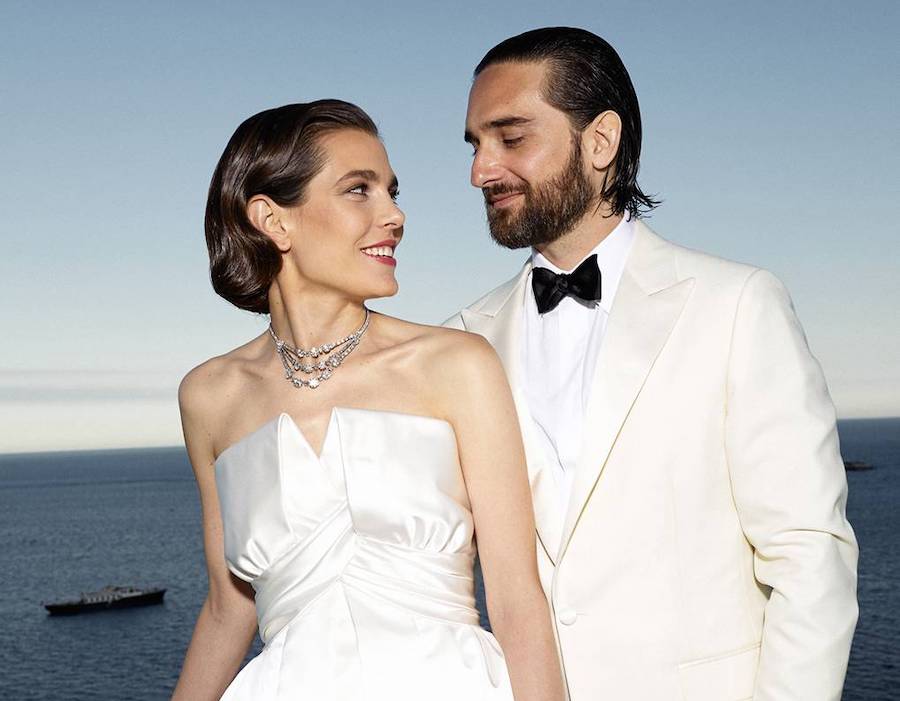 Charlotte Casiraghi has been named Chanel’s Ambassador in a move that formalises her relationship with a brand she has had links to since she was a teen.
It is no great surprise that the granddaughter of Princess Grace has impeccable style and poise, nor is it a surprise that Chanel, a house she has had a long history with, has recognised those traits and asked that she become their newest brand ambassador for 2021.
Charlotte Casiraghi has been a Chanel fan since she was a teenager, trailing along to Chanel shows with her glamorous mother Princess Caroline, who was a muse and great friend of the iconic fashion house’s late creative director Karl Lagerfeld, sitting front and centre for the brand’s latest collections.
Now, she will be the focus of Chanel’s spring-summer 2021 ready-to-wear line from Virginie Viard. The photo shoots took place in Monaco at La Vigie, the house owned by Lagerfeld before his death and a place she has practically grown up in. Inez van Lamsweerde and Vinoodh Matadin were behind the camera.
“It’s almost as if I was born with Chanel,” says Charlotte Casiraghi in the video that announced her appointment as ambassador and spokeswoman. “I think of photos of my mum, when she was pregnant with me, wonderful photos by Karl with her wearing Chanel.”
Her love of the brand extended to her 2019 wedding to Dimitri Rassam, where she wore a stunning strapless gown, much like the one worn by Grace Kelly in the classic French Riviera-based thriller, To Catch A Thief.
In addition to putting her obvious good looks to use, she will also be able to showcase her passion for literature and poetry by hosting a series of ‘literary salons’ called Literary rendezvous at rue Cambon, featuring public figures such as actors and writers being filmed talking about their favourite literary or historical figures or their own works.
The first of these meet ups will take place on 26th January and will be broadcast on social media.