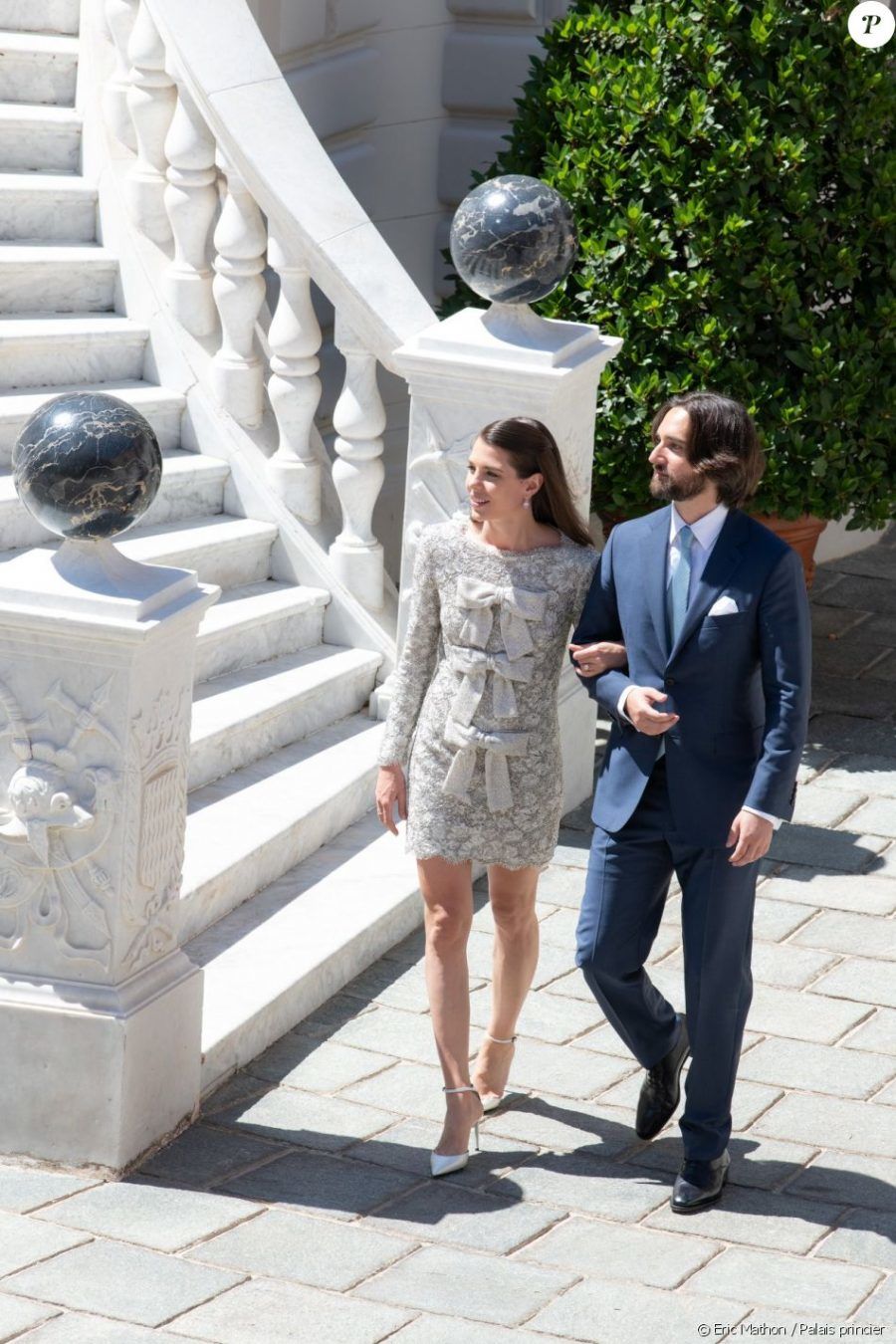 Charlotte Casiraghi has wed film producer Dimitri Rassam in a civil ceremony at the Prince’s Palace.

The stunning bride said her vows in a short lace brocade dress with long sleeves, embellished with three bows down the front, by Saint Laurent.

After the civil union on Saturday 1st June and lunch in the gardens of the Palace, the couple gathered friends and family at the villa La Vigie.

32-year-old Charlotte Casiraghi, the daughter of Caroline, Princess of Hanover and granddaughter of Princess Grace, is the 11th in line to the Monegasque throne and a competitive equestrian and model.

Rassam, aged 37, is the son of French actress and model Carole Bouquet. He and Casiraghi have a six month-old son named Balthazar together in addition to each having a child from their previous relationships.

The couple have known each other for a long time and reunited in Paris over Christmas in 2016. Two years later, Rassam proposed with a pink diamond solitaire while on a family ski holiday.

According to local media, the ceremony was witnessed by Juliette Maillot and Vanina Mandelli for the bride, while the groom chose Guillaume Houz and Antoine Nussembaum as his best men.

The celebrant was reportedly Laurent Anselmi, director of the Judicial Services of the Principality and civil status officer of the Princely family.

The marriage was confirmed late Saturday by the Palace on its official Facebook page, where the first photo of the married couple was published. On Sunday, a new photo was released showing Charlotte in a gorgeous off the shoulder gown and Dimitri in a white tuxedo at La Vigie.