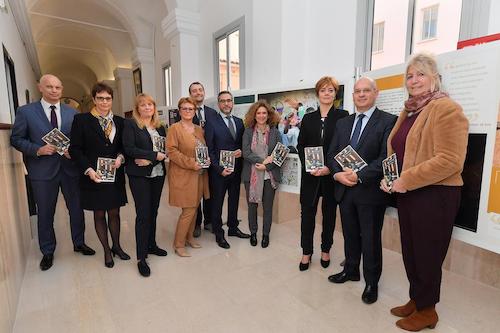 This year celebrates the 30th anniversary of the International Convention on the Rights of the Child, and the Lycée Albert 1er launched an exhibition highlighting the distressing, but important, topic of child trafficking.

Monaco has been active in its role of taking action against child trafficking, not least of which by signing onto the Council of Europe Convention on Action Against Trafficking in Human Beings ratified in 2015.

This exhibition is intended to bring heightened awareness to the public-at-large, and especially to the youth, about all the acts the Principality is involved in this arena.

The presentation will be transported on the 20th of November, the actual 30th anniversary date, to the Grimaldi Forum where it will join other educational expositions and activities, including an exhibit from the High Commissioner for Refugees entitled ‘My country is a camp’.

Exploitation of society’s most vulnerable touches all of us, and can take the form of forced labour, sexual exploitation, involuntary thieving and begging, or organ smuggling.

Educational materials will be distributed in Monegasque schools throughout the month of November. The exhibit will be available for viewing until 29th November.