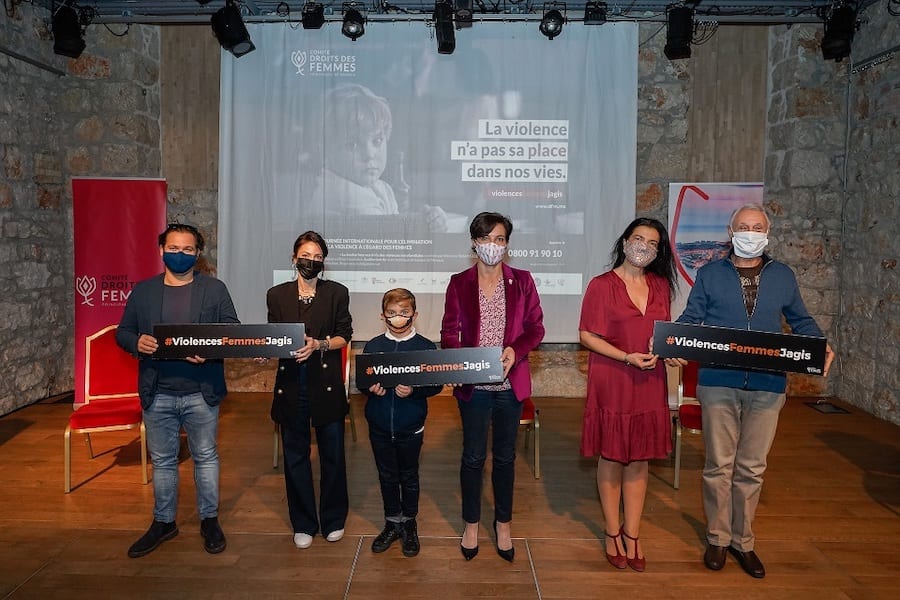 The impact that domestic violence has on the children who witness it is being highlighted in the latest campaign by Monaco’s women’s rights committee.

The International Day for the Elimination of Violence against Women has been chosen as the date to roll out the new campaign by the Committee for the Promotion and Protection of Women’s Rights to raise awareness and remind everyone that violence is not something that needs to be endured.

The committee presented its new campaign at the Théâtre des Muses on Friday ahead of the International Day for the Elimination of Violence Against Women, which will take place on 25th November.

The campaign, entitled Violence has no place in our lives, focuses on domestic violence and is intended not only for victims, but for those who witness it as well.

“Too often, the issue of domestic violence is seen only through the direct victim. However, we must not neglect direct witnesses such as children who can experience deep emotional and psychological disorders by unwittingly witnessing this violence within the home,” explained Interministerial Delegate for Women’s Rights Céline Cottalorda.

A film has been shot especially for the campaign and will be debuted on Wednesday 25th November on both the Committee’s website as well as on Monaco Info. It features a child and shows that violence doesn’t always have just one victim, and that the scars left behind are not necessarily visible.

There will also be a free conference, moderated by Secretary of State for Justice Robert Gelli, on Thursday 26th at the Technical and Hotel School of Monaco at 6pm entitled ‘Justice in the face of the challenges of domestic violence’. Currently, this is a reservation-only event and will be held so long as the health situation permits.

Additionally, partners of the committee will be holding various events around the day including the Monaco Media Library’s screening and debate on Tuesday 24th November at 5:30pm of the film L’emprise and the Zonta Club’s screening of Papicha on Friday 20th November at 6:30pm at the Théâtre des Variétés.

Women World Leaders Monaco are launching a poster campaign that will feature on the Principality’s buses, while She Can He Can along with Fight AIDS Monaco are teaming up for a no-violence operation on social media inviting men to take action against violence.

According to Céline Cottalorda, the aim is to get the word out as much as possible make as big an impact as possible on this day. She made special thanks the Théâtre des Muses and its director Anthéa Sogno who was present for the unveiling alongside the actors of the film, notably the young boy, Adrien Franceschi, who is the central character of the campaign.

For more information or to reserve spaces at the events, visit the Committee for the Promotion and Protection of Women’s Rights’ website at www.dfm.mc

Photo: The actors of the film surrounding Céline Cottalord and Anthea Sogno © Communication Department of the Government / Michael Alesi