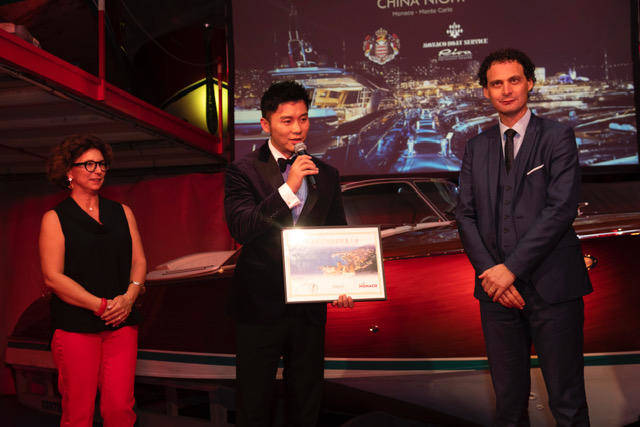 One of the main highlights of the Monaco Yacht Show is China Night, and this year’s gala has once again brought together a host of Chinese celebrities and local dignitaries in the Principality.

The event, hosted by Monaco Boat Services, is now in its 7th year and has been instrumental in continuing and expanding the relations between the People’s Republic and Monaco.

The gala dinner was held in the fabled Riva Tunnel in Port Hercule in the presence of Monaco’s Ambassador to China Catherine Fautrier, Monaco Boat Service’s President Lia Riva, Chinese actor/director Li Chen and Shanghai-born superstar singer G.E.M., who is referred to as the Chinese Taylor Swift and has chosen the Principality as the location to shoot her latest music video.

Li Chen was awarded the distinction of Ambassador to the Destination by Guy Antognelli, Director of the Tourism and Congress Board. The actor expressed his delight at staying in Monaco during his acceptance speech.

Since the March 2019 State visit of China’s President Xi Jinping to Monaco, where HSH Prince Albert II and Princess Charlene hosted an official luncheon for him and his wife, pursuing further diplomatic relations have been a priority for the Prince’s government.

Chinese interest in Monaco and the south of France has skyrocketed, resulting in a record number of tourists from the Asian powerhouse since the beginning of the year. So much so that Air China has expanded their service, operating three direct flights per week between Nice and Beijing.