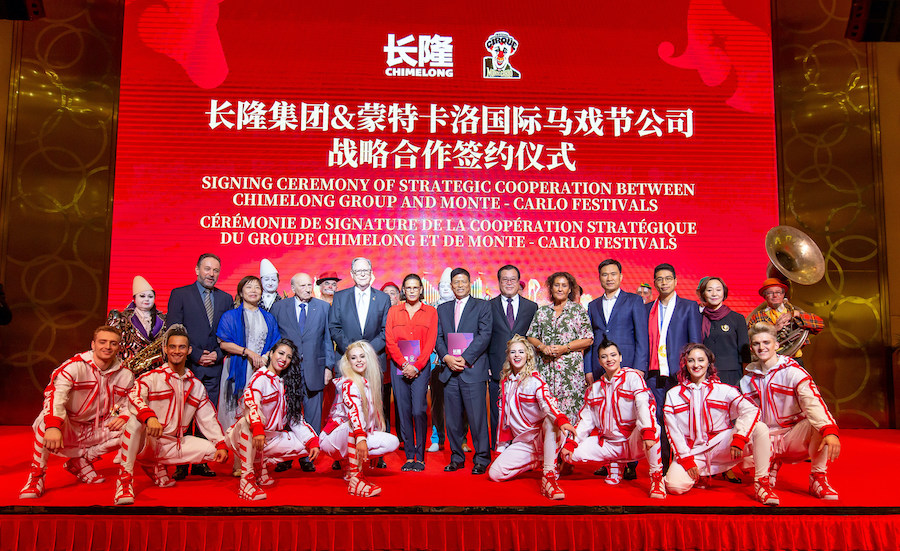 Chimelong Group Chairman Su Zhigang added, “With the strategic cooperation, Monte-Carlo International Circus Festival and Chimelong Group will jointly promote circus art and culture around the world through mutual visits and exchanges, to continuously improve the circus-going experience, bring more and better performances to audiences worldwide, and, finally, to bring joy and happiness to circus-goers.”

“Despite the many challenges facing the world’s circus sector, China’s circus market is continually developing and growing, which is proving to be a significant factor in maintaining the heritage that has been built up over centuries as well as to assuring the future developent of global circus culture,” said Peter Dubinsky.

“In order to further promote the development of a circus culture worldwide, Chimelong Group will set up a circus college, allowing circus troupes from all over the world to have their best performers serve as instructors in a ‘talent exchange’,” revealed Su Zhigang.