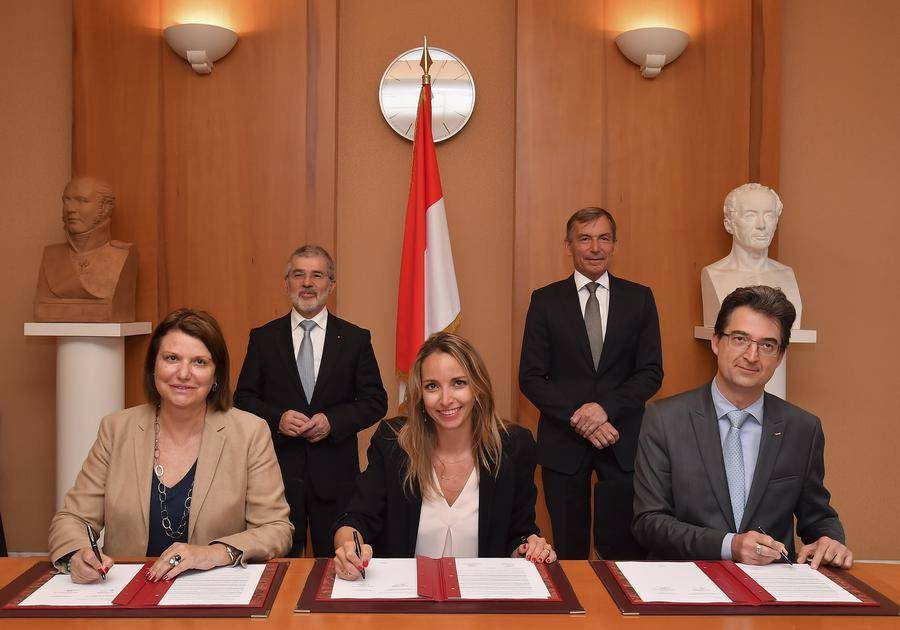 The Princess Grace Hospital has signed two important agreements with the Department of National Education, Youth and Sports, and the Monte Carlo Philharmonic Orchestra.

The first agreement follows an evaluation on the possibility of introducing a teaching program in a hospital environment, aimed at meeting the needs of children patients. This new convention specifies the practical objectives and modalities of such a move.

The second Partnership Agreement was signed between the CHPG and the Monte Carlo Philharmonic Orchestra (OPMC) by Benoîte de Sévelinges and Sylvain Charnay, Administrator of the OPMC. It is designed to facilitate the pursuit of artistic and cultural projects between the two entities.

It also aims to continue concerts that are provided by musicians of the OPMC for the elderly people in care at the Rainier III Gerontology Centre, as well as their relatives. More than 40 concerts have been given since the CHPG and the OPMC joined forces in 2011. The signing of this latest Convention will also allow for the development of similar projects with other services at the hospital.