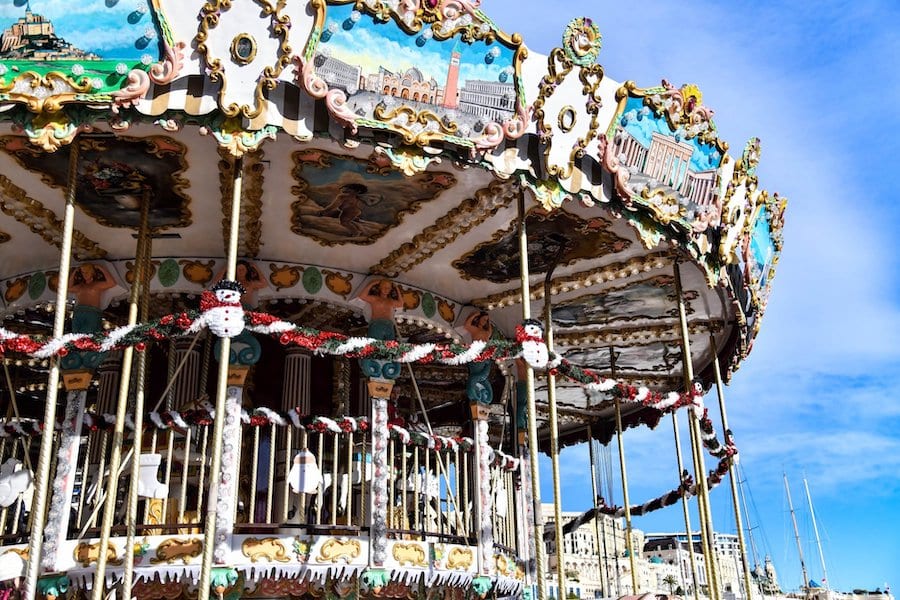 Monaco’s Christmas village will not go ahead as planned this year due to the Covid health crisis. But in an effort to avoid too much disappointment, there will be a smaller version in its place and the ice rink will be open.
The Mairie de Monaco announced on Friday that, after consultation with the Prince’s government, it regretfully will not be hosting this year’s Christmas village in its usual format on Port Hercule.
“However, aware of the expectations of the population and of the disappointment caused by a cancellation, the mayor and members of the council wanted a village in a very small format to be set up in the port of Monaco,” said the Mairie in a public statement.
So, from 4th December to 3rd January, four attractions for children will be set up: duck fishing, the traditional carrousel, a new reindeer merry-go-round and another in the shape of a tree.
The area will be decorated with pine trees to give Quai Albert Ier a festive spirit, while a chalet will offer pancakes and waffles to be eaten at the tables provided.
The area will be freely accessible with a compulsory mask. The ice rink is also scheduled to open on 4th December.
The programme is subject to changes in the health situation in the Principality.