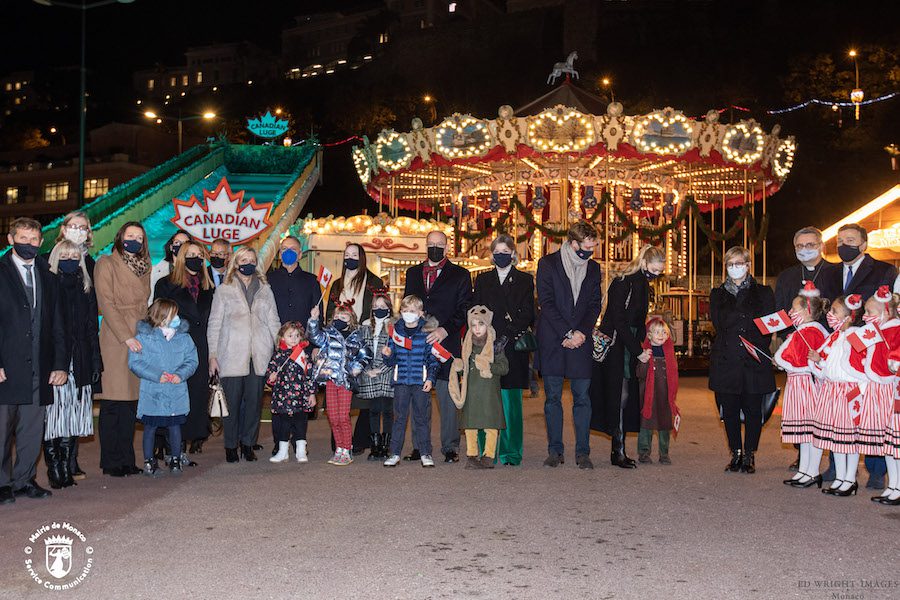 The Princely family has officially opened Monaco’s Christmas Village and this year, get ready to encounter puffins, the Niagara Falls and immeasurable wilderness as the Port of Monaco takes on a Canada theme.

Sheltered by a forest of 800 natural firs, the village will offer visitors the chance to meet one of Canada’s most adorable sea birds, the puffin. The journey through the Great White North takes visitors to Niagara Falls, Toronto and the massive plains, deep forests and vertiginous mountains of the country’s western regions, before landing in British Columbia with its totem poles and the terminus of the transcontinental railway line linking east to west. Also on hand will be Bonhomme, the mascot of the Quebec winter carnival.

The village also features many familiar sites, such as the merry-go-round and duck pond fishing, though this year there will some new additions, such as a caribou ride carousel and a toboggan slide.

The market features 17 chalet-style kiosks selling a variety of items as well as 20 food stands, each with an adjoining dining area. In addition, the ice-skating rink, nestled in the heart of the village, will be open and ready for business throughout.

Despite the carefree nature of the event, there are real world health measures that will need to be adhered to. All visitors over 16 will be required to present a valid health pass, mask-wearing is compulsory for everyone over five years of age, and all eating and drinking must be at a seated table. Walking with food and drink is prohibited.

The Christmas Village can be accessed from six points and will be fitted with carpets to demark them clearly. This is not only to ensure an orderly entry to the site, but also to keep an eye on the number of guests entering. There will be a cap on visitors at any given time and once that number has been reached, access will be suspended temporarily. To minimise risk of being denied entry, there is a camera set up by the Mairie offering a streaming live feed so potential visitors can gauge whether the crowds are nearing maximum density.

The Christmas in Canada Village is open until Sunday 2nd January on the Quai Albert 1er.