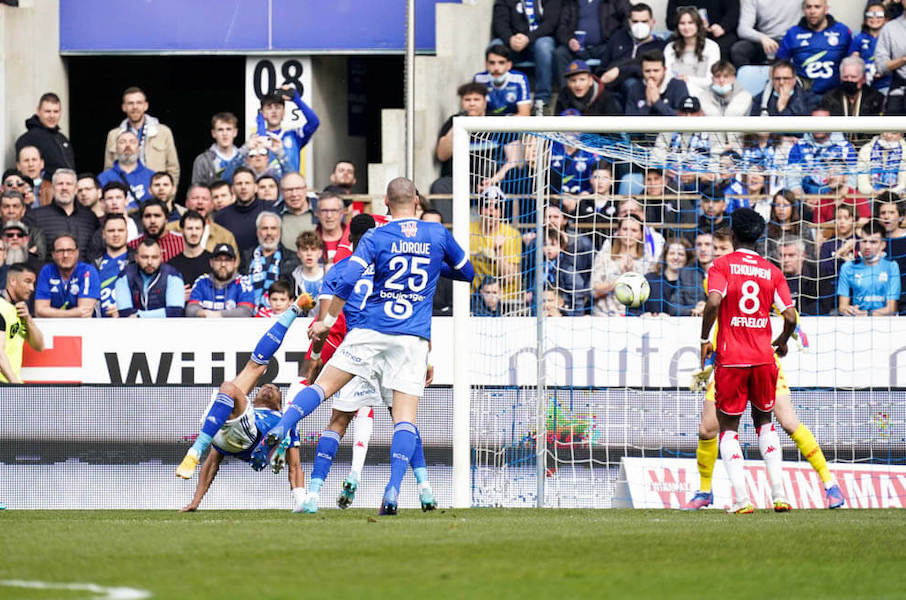 Little fight was shown from AS Monaco as they succumbed to back-to-back defeats in Strasbourg (1-0) in what was a fitting illustration of two sides whose seasons are following contrasting trajectories.

Monaco had little time to prepare for Sunday’s crucial clash of European contenders having played in Portugal less than 72 hours before. Tinkering on the edge of a Europa League exit, Monaco’s latest defeat adds to a growing body of evidence that suggests that Philippe Clement’s side needn’t worry about such a congested fixture list next season, with the prospect of European football looking evermore remote.

The contrast in the Meinau Stadium was clear for all to see. Whilst Strasbourg ended an unwanted three-game streak without a win, Monaco’s dour run continued, with only one win in their last seven in all competitions.

Whereas Strasbourg are exceeding expectations and find themselves only three-points off the podium, Monaco are falling drastically short of theirs. Subsequently, those tapered expectations are forcing a re-evaluation of what is possible between now and the end of the season, at least within the fan-base. Those changing, ever-less ambitious objectives are now likely set on securing a position in any European competition, although even the Europa Conference remains out of reach for now (6 points).

Clement’s men have been floundering in recent weeks, and although they have often pulled out big performances in the big fixtures, there has been a correlation between an increasing pressure to keep in the chase for the European spots, and a decrease in performance. Thus far, Clement has been unwilling to criticise his players, although that changed post-match on Sunday.

“It’s the first time the team has disappointed me,” he said. “The attitude of not fighting makes it impossible to win against a team with a good mentality. I was disappointed today, angry.”

Monaco went behind midway through the first half from a corner that never should have been, as the ball had already gone out before the touch from Ismail Jakobs. Nonetheless, the goal itself was a portrait of a side that wasn’t at the races as Ludovic Ajorque and Kevin Gameiro both won headers before Alexander Djiku finished spectacularly with an overhead kick.

Ajorque was a menace for the Monaco defence all afternoon and his horizontal, untracked runs allowed him to get into dangerous positions. His second-half header was the closest Strasbourg got to doubling the lead, as it clipped the top of the bar on the way over.

Monaco dominated large swathes of the match. As in recent matches however, it was a largely sterile possessional domination. Jean Lucas almost levelled the scores midway through the first-half, an outstretched Lucas Perrin leg enough to divert the ball away from danger.

Substitute Myron Boadu then had a golden chance late-on, but his glancing header from a whipped Vanderson delivery bounced just wide. Defeat leaves Monaco in eighth, above Lens and Lyon only on goal-difference.

Post-match Clement said, “I want a reaction from my team against Braga.” If he doesn’t get it, Monaco will be left fighting for scraps for the remainder of the season. 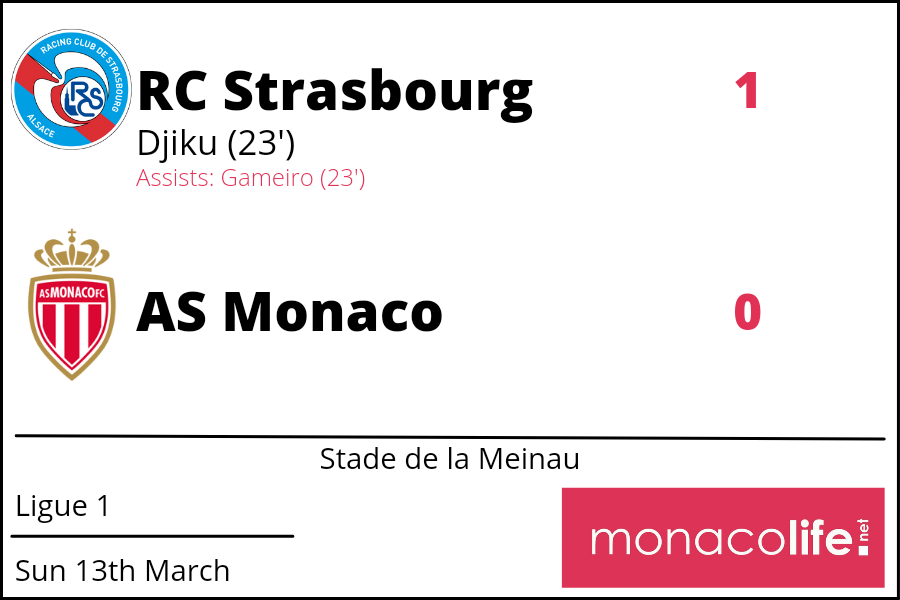