Following their own annual tradition, members of the Collectif Animalier du 06 Association held a small demonstration Saturday just over the border in Cap d’Ail to protest against the use of animals in circuses.

Despite the rain, Hugo Drouard, Christian Razeau, Martine Zorilli and Anne-Marie Mariani handed out leaflets from 12:15 pm to 5 pm with the slogan “Wild animals are not slave animals”.

“The circus is human greed based on animal maltreatment,” the collective claims. “Imagine the life of these animals. There is no beauty in stolen freedom.”

READ ALSO: World’s top clowns revealed in Monaco
READ ALSO: Sir Roger on the side of the tiger

PHOTO: Filip Vucak (Croatia); Anne-Marie Boisbouvier, Counsellor in the Prince's Cabinet; Buddhi K. Athauda, (Sri Lanka); Modupe E. Irele (Nigeria); Marie-Catherine Caruso-Ravera, Director of Diplomatic and Consular Relations and Thiep Nguyen (Vietnam). Photo: Manuel Vitali/DC[/caption] On Tuesday, May 29, Marie-Catherine Caruso-Ravera, Monaco’s Director of Diplomatic and Consular Relations, received, at a luncheon at the Hermitage Hotel, HE Modupe E. Irele, Ambassador Extraordinary and Plenipotentiary of Nigeria; HE Filip Vucak, Ambassador Extraordinary and Plenipotentiary of the Republic of Croatia; HE Thiep Nguyen, Ambassador Extraordinary and Plenipotentiary of the Socialist Republic of Vietnam and HE Buddhi K. Athauda, Ambassador Extraordinary and Plenipotentiary of Sri Lanka, who in the morning had presented their credentials to the Sovereign Prince. After obtaining a degree in education, Ms Modupe E. Irele joined State College Pennsylvania in 2001 where she held positions of Programme Director and Special Assistant to the Executive Director of the World Campus. Founder and Lead Consultant in Key Learning Solutions, she directs the programmes for the professional development qualifications of the Cambridge International Examinations under the British Council. She is also the author of many books on education. HE Filip Vucak joined the Ministry of Foreign Affairs in 1992. He was appointed Minister-Counsellor in 1995, then Minister Plenipotentiary at the Croatian Embassy in Paris. He held the post of Ambassador of Croatia to Spain, to the Holy See and the Order of Malta. Director of Cabinet and Senior Advisor to the Deputy Prime Minister in 2016, he was promoted Special Advisor to the Deputy Prime Minister and Minister of Foreign and European Affairs in 2017. HE Thiep Nguyen rose through the ranks of the Ministry of Foreign Affairs where he became Deputy Director. In 2002, he was appointed Counsellor at the Permanent Mission of Vietnam to the United Nations in Geneva. In 2007, he returned to the MAE as Deputy Director in the Department of Europe II. Ambassador of Vietnam to Austria in 2011, the President of the Republic gave him the title of Ambassador of the Socialist Republic of Vietnam. From 2014, he held the position of Director of Information Security at the Ministry of Foreign Affairs. Specialising in Business Administration, HE Buddhi K. Athauda has held the position of President and CEO of import-export and e-commerce companies in the United States. Vice-President at Aelix Inc, he was responsible for business development in Asia and the Middle East and then joined the US company Iridium as Regional Manager for Asia. Appointed Ambassador of Sri Lanka to the Netherlands in 2011, he helped promote bilateral relations in the field of finance and trade between the two countries. 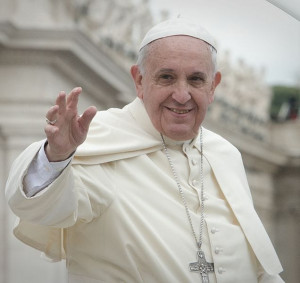 Pope Francis has taken a great personal interest in the aftermath of the July 14 attack in Nice that cost the lives of 86 people, and will soon meet the families of the victims of the atrocity at the Vatican. Christian Estrosi, the President of the PACA region, will also attend on September 24. Estrosi said: “I firmly hope that this day will help alleviate the suffering of victims, enabling us to come together in our collective grief.”

Pope Francis had telephoned Christian Estrosi two days after the Bastille Day attack on the Promenade des Anglais to convey his support to the local community. The Pope had also spoken on the phone with Paolo Celi, president of the France-Italy Friendship Association. Celi said: “He asked me to convey a message to all the families involved in some way by this terrible tragedy, all of Nice and the people of France. He is horrified by the events and demands deep and final peace among men of all races, religion, and affiliation.”

Pope Francis does not understand that one can target children and their families that have come together to participate in a moment of happiness, said Celi, adding that “we ask everyone to pray for the victims and he has the strength to do the job".